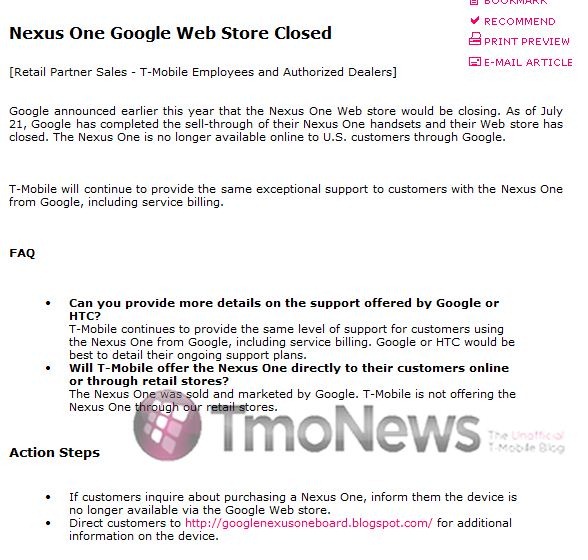 Also, this document is addressed towards brick-and-mortar retailers, and thus it wouldn’t be relevant to mention T-Mobile’s online sales policy. I think it is safe to assume, though, that you won’t be seeing the Nexus One on T-Mobile’s web store anytime soon.

UPDATE: Dell Streak Orders Not Being Taken Today, Or In July At All For That Matter