German company Interpad has released details on their website about their up-and-coming Android tablet, slated (get it?) to be released later this year… in Germany. The devices are more costly than the other Android tablets we’ve seen by this point, but you’re getting one hell of a nice device for your money:

If this doesn’t turn out to be vaporware and it makes it to the US, we will be some seriously happy campers. Models will range in price from €400 to €500, with the higher-end models coming with 3G, FroYo, GPS, and Camera. Very nice. 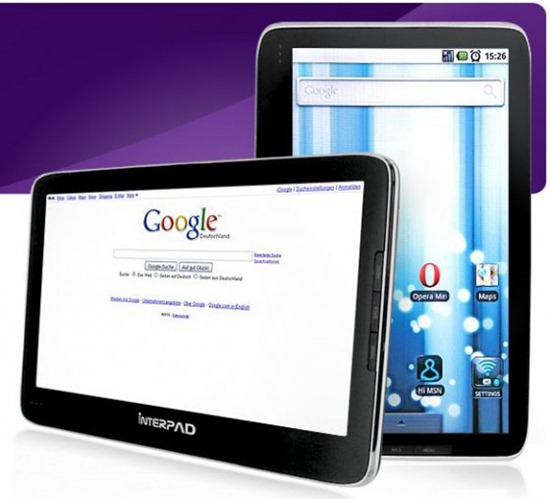