Android’s introduction in the marketplace hardly seems like it was less than two years ago. In that time we’ve gone from zero apps to a robust app market and enough unique handsets to give whiplash to every early adopter wanting to ride the bleeding edge.

With over 60 different phones, 70,000 apps in the marketplace, about 20 OS updates, and enough interest to keep dozens of full time blogs crammed with news, we can’t call Android a “baby” OS anymore, but we can’t call him mature, either. We’re in that limbo of adolescence where choices have long range repercussions that are difficult to predict.

Like the adolescent years, Android has some important decisions to make before they can succeed in the mainstream.

1. Learn to clean up their room. 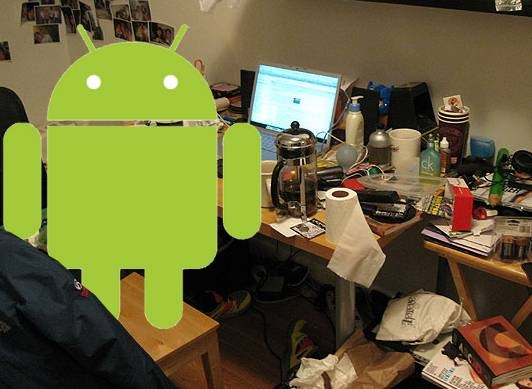 Here’s why I think of Android as a guy—his room is a pig sty. Much has been made about the train wreck aspects of the Android market. Copyright violations, a plethora of junkware, inconsistent rules regarding what countries can access paid apps (welcome aboard South Korea *finally*), different currencies for paid apps, and perhaps most disturbingly, you just can’t find what you’re looking for.

Kind of like trudging the floors trying to find a “clean” shirt, you know it’s there somewhere, but you don’t know where.

Increasingly, smartphones are becoming computer supplements or replacements, meaning that they are a platform for networking and apps. Just like the PC, there’s tons of trash to sort through, and it can be difficult to find the good stuff.

Google is starting to make some initial moves, but they haven’t started cleaning things up yet. They’re teens. However, as they become more popular, they’ll want people to find the quality apps that make the OS and phones sing by cleaning up around the house and using the almighty algorithm that’s propelled them to web search nirvana. 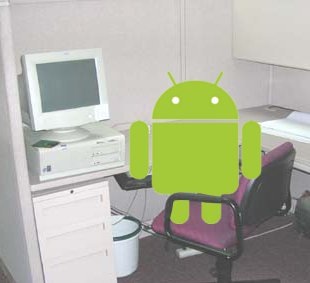 If you have a job outside of Silicon Valley, my guess is you see more BlackBerries going in and out of the executive washroom than any other smartphone. Business users tend to take their phones home, and the demands of the corporate world don’t change quickly.

These users need “exciting” features like superior Microsoft Exchange support, enhanced security measures (such as remote phone wiping) to store sensitive information, and the ability to network with hardware that dates back to the Carter administration. These aren’t cutting edge users, but they represent a significant portion of the market that is currently served by the RIM OS.

When you get a good job, you get to know the company’s secrets and you have a lot of people depending on your decisions for their livelihoods. A guy in accounting can make a knucklehead mistake and cost everyone their jobs. Data wiping by Exchange administrators reads a lot like the ingredient list for Cheerios, but is music to the ears of business users who need that functionality.

It also means that if you make a bonehead move and leave your phone at your girlfriend’s apartment, your ex-husband’s car, or at a lunch with your parents, your private information will stay private. That’s a good thing, and thanks to the demands of our friends in the corporate community, is now possible.

Likewise, syncing your Exchange calendars and contacts won’t make the headlines that porting Halo 3 to Android would, but in many ways it’s more important to more people. The problem is most of these updates are in Froyo, and so far that’s not been ported to more than a few handsets. That is changing, but not fast enough.

These are just the first steps to courting the business community, but to really grow up, Android needs these things, and not just for the corporate types.

3. Learn how to have serious fun. 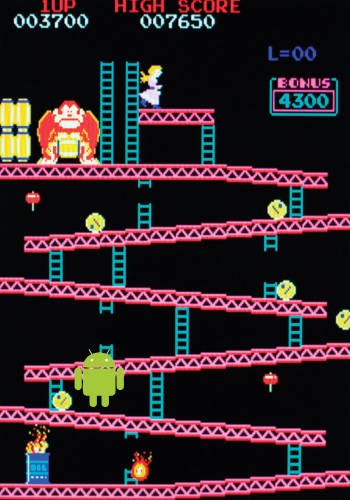 Anybody who’s cruised through the market can come to only one entertainment conclusion—Android gaming still has a ways to go. There are a handful of good games, but far too few. The importance of game development for Android, however, has little to do with my 8 year old begging for my phone to play Doodlejump and more to do with the unintended consequences that games require of hardware and software developers.

As any PC owner knows, if you want a computer that plays games decently, you’ve got to shell out some bucks for a good graphics card and a fast processor. However Windows Vista and 7 were able to take advantage of those graphic improvements to make some decent looking OS eye candy and improve the user experience.

Any improvements made by the gaming community will significantly improve the Android experience for everyone. Apple gets that. That’s one of the big reasons they’ve targeted the gaming community for the iPhone. The same holds true for Android. When gamers hit Android’s leaderboard, we all win.

My college wardrobe could be described in three words—sneakers, jeans and t-shirt. It was the slacker uniform we all wore. We weren’t trying to impress anybody, we just wanted something simple that kept us from being naked in class.

The Android experience is definitely better than sneakers, jeans and t-shirt, but OS “clothes” like Sense UI from HTC, Touchwiz (what a lousy name) from Samsung or Motoblur from Motorola are dressing up the naked Android UI.  While vanilla Android is more than functional, it could definitely use dressing up, both in aesthetics and functionality.

While purists will fawn over the Nexus One’s simplicity and flexibility, all these UI competitors underline some of the missing functionality Android has. Most Android users have a favorite UI, but have a few annoyances they have to take with the good. My personal favorite is the Sense UI’s pinch navigation of the seven home screens, its music player, and Samsung’s arrangement of app icons. Vanilla Android should have this. I love that Android uses folders in the homescreens, but doing some things with them (like renaming a folder) is far from intuitive.

Google gets this, too. All signs point to Gingerbread’s focus on cleaning up these edges. While these kinds of changes don’t excite engineers who like a more complex algorithm, these are the changes that make a difference to users and make the Android jump from excellent to elegant.

5. Get some self confidence. 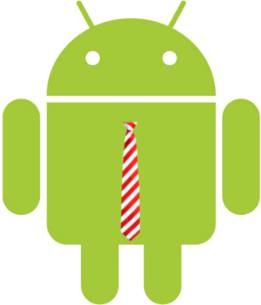 My biggest revelation  in my adolescent life revolved around how to stop being that “nice guy” girls wanted to talk to about their boyfriends, and become the boyfriend. If I wanted to go out with cute girls, I had to grow a backbone and be more confident. I had to take more risks, live with more passion, and generally live a life that was interesting enough to share.

After awhile I figured out the best way to compete with the jocks was to be good at what I did and make sure I wasn’t hiding my best assets. I wasn’t a jock, so why pretend? In my mind, I was having more fun anyways, so why not advertise that? And if a girl was into jocks, there were always more girls, so why not pursue them?

Today Android faces an unusual marketing plan that basically says “we’re not the iPhone.” Don’t get me wrong, the “iDon’t” campaign was genius (although WAY too dark). It showed an important distinction in the Droid and Apple’s cash cow handset. But there’s an important shift looming, especially with the releases coming in the next six months. While many will bicker, for all practical purposes there’s little hardware differences between the iPhone and many Android offerings.

The difference is that the release cycle of Android phones is only getting faster, while the iPhone looks like it’s locked into an annual release. There’s a definite advantage to Apple’s plan (especially for aftermarket vendors), but if you have some issues with the iPhone (like, say, screen size), you’ve got awhile. And if in June you didn’t get what you wanted from Mr. Jobs…sorry.

The campaign needs to change from “this is an iPhone killer,” to something more like, “an iPhone?  Really?”. Apple runs the risk of falling into the AOL Syndrome. AOL was the only way a great mass people understood the Internet. Internet newbies searched the web for keywords until they realized that search engines (like Google) made the Internet accessible, not AOL. It was the behemoth of ISPs, and then suddenly irrelevant.

Don’t get me wrong, the iPhone isn’t going away, and I wouldn’t want that. The marketplace thrives off competition, not monopolies. However, as Android matures, it needs to understand that its destiny isn’t tied to going tit for tat with iPhone, but by continually innovating to make the experience so exciting that the iPhone doesn’t hold it’s fruitalicious appeal. Android’s fiercest competitor should be Android.

It’s good to be grown up.

For every point I’ve brought up I see Android going through growing pains, but eventually becoming a mature OS ecosystem. I wish some of these were happening faster than others but it’s still encouraging. Still, we need this growth, and we need it soon. While I firmly believe that Android is the best smartphone OS for most people right now, it needs to reach adulthood so it can be the phone even a child could use.