The Acer Stream is coming to the UK, and it’s coming soon. Acer’s newest and most powerful Android device to date will initially be available exclusively through eXpansys.com in the UK starting on August 2nd. £400 will get you the device, unlocked. This is your only purchase option, as no carrier subsidies have yet been announced. I will say it’s pretty robust on the spec-sheet. The Stream features:

And here is the Stream, in all its glory: 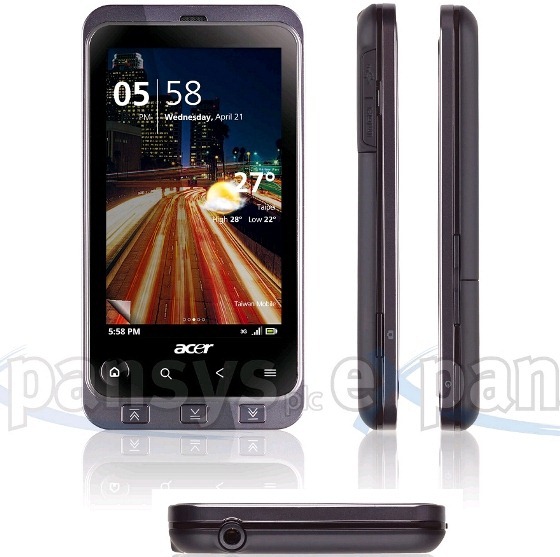 The first thing I notice about the Stream is its lack of a trackball, d-pad, or optical trackpad. Instead, 3 ambiguously labeled buttons crowd the bottom bezel of the phone, presumably purposed towards providing directional navigation in some fashion. The exterior of the device is commensurate with Acer’s design philosophy: lots of plastic and lots of buttons. I can’t help but suspect the phone has a very cheap feel to it.

Having never used Acer Touch 3D, I can’t exactly say too much about what to expect in terms of user experience. Additionally, it’s hard to say if the device will ever see an upgrade to 2.2 that is endorsed by Acer. Nonetheless, the Stream is a potent device on paper, and in the coming weeks we’ll see if it lives up to the hype.

HTC Confirms It Will No Longer Use AMOLED Displays For Desire, Nexus One—Switching to Sony ...