If you’re the kind of person who isn’t exactly careful with their phone, or needs it to be usable in extreme conditions, you’re in luck. Sprint has just announced it will begin shipping the Motorola i1, the first push-to-talk Android phone, from their online store and telesales starting July 25, and from all other channels on August 8.

The phone meets military specifications for dust, shock, vibration, and rain, so it will certainly be able to handle anything you can throw at it (or anything you throw it against.) Nothing has changed since its launch on Boost Mobile last month, but here’s a refresher on its specs, now that the device is hitting one of the four major carriers:

Clearly, the fact that it is running Android 1.5 is a huge downside, but that shouldn’t matter to the market the phone is aimed at. Its push-to-talk capabilities and extreme durability are the main features here, with moderate processor and great camera (not even the Samsung Vibrant, T-Mobile’s version of the Galaxy S, has LED flash) being bonuses. For the full press release, click the source link below. 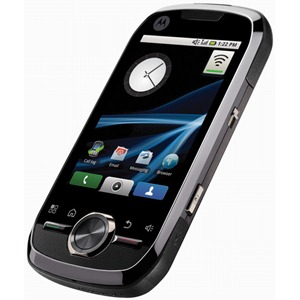