TechCrunch published an interesting article yesterday on AndroiLib. The most interesting fact in the article is that AndroidLib estimates that the Market has passed 1 billion app downloads (the live ticker is now at 1.061 billion, as shown in the image below). It’s pretty impressive, and it’s somewhat surprising that we haven’t heard word of this from Google (then again, they don’t usually formally announce this stuff – most of the statistics we have on Android come either from public events or analysts). Still, a milestone nonetheless.

According to AndroLibs estimates, there are nearly 95,000 apps on the market. Not only that, but the number of apps has been increasing very rapidly, and July looks to be no different: in June there were 15,288 new apps released; as of July 15, there are 10,720 – a rate that suggests over 21,000 new apps in July. At that pace, the Market will pass 100,000 apps sometime in the next two weeks. 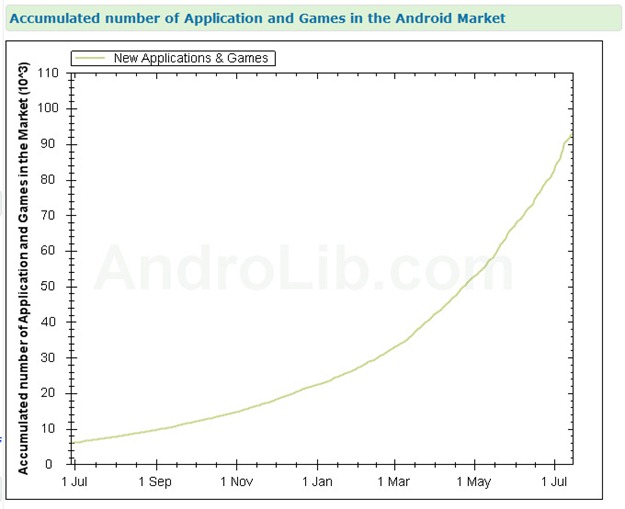 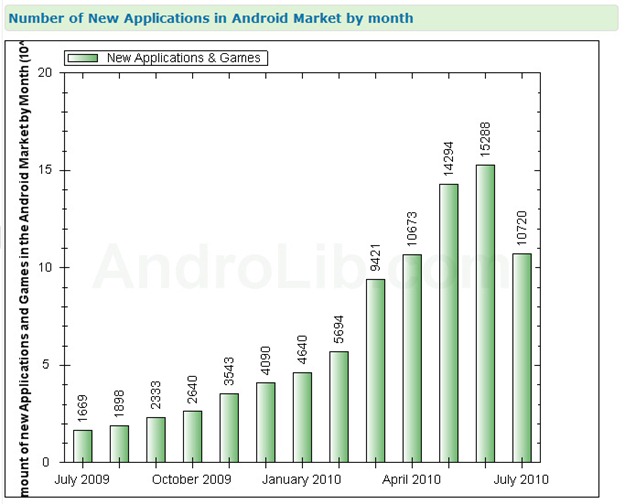 Move Over T-Mobile, Samsung Vibrant Now Available From Amazon.com For $149.99, With A Free ...