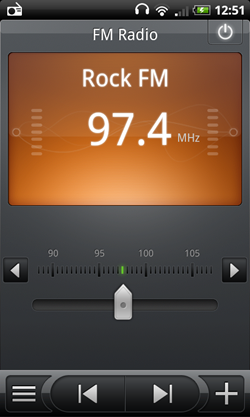 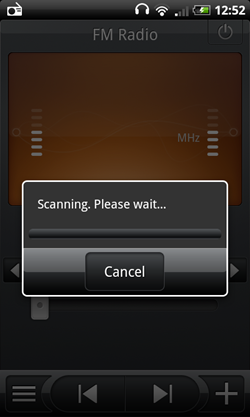 What’s The Difference Between a Kernel and a ROM?

Now, before everyone gets super excited and hunts down a download link, it’s important to differentiate between a kernel, which is what we’re talking about here, and a ROM, which is a full Android image that you’ll flash on to your phone.

Although you can’t physically see a kernel in action on your phone, like you can the user interface of the operating system, it is the heart of our Android OS - a very important "chunk" of code that manages the various resources, such as the processor, memory, and input/output devices.

Why is this important for the FM Radio to work? Well, the modified kernel that’s being talked about here allows a ROM to access FM Radio functionality on the Nexus One. This means that soon enough, your favorite ROMs should be capable of working with the FM receiver, so you can listen to FM radio without having to worry about your signal dropping out on internet radio.

Is This Limited to Specific ROMs?

With there being so many different, custom ROMs out there, everyone’s using slightly different software on their phone. The question that many people are asking is whether this modified kernel will be compatible with the ROM that they use.

Of course, this is down to the developers of the ROM to implement, but it’s technically possible for this to be available on ROMs, such as the popular CyanogenMod, in no time, meaning that you could be listening to FM Radio on your Nexus sooner than you think.

Paul O’Brien, from Modaco forums, has already tweeted the fact that he’s working on the next version of his Sense UI port for the Nexus One (version r23), with FM radio working using the kernel provided by intersectRaven, so keep an eye out for that one, too.

We’ll be sure to let you know when we find a ROM available for download with the FM radio enabled, so watch this space!