Google’s push for developer support knows no bounds. While they have previously used free phones to encourage developers to work with Android, they are now using an entirely different tactic – making everyone a developer.

How will they go about this? Through the just-announced App Inventor. Already in beta form, the program is designed to allow anyone to create fully functional apps for Android, without any programming whatsoever. Instead of using code, App Inventor allows you to choose from a set of blocks, which includes all the actions you are used to seeing in Android apps. In fact, the description is quick to point out all the things you can do with it:

You can build just about any app you can imagine with App Inventor. Often people begin by building games like WhackAMole or games that let you draw funny pictures on your friend's faces. You can even make use of the phone's sensors to move a ball through a maze based on tilting the phone.

But app building is not limited to simple games. You can also build apps that inform and educate. You can create a quiz app to help you and your classmates study for a test. With Android's text-to-speech capabilities, you can even have the phone ask the questions aloud.

The idea of allowing the users to create what they interact with is certainly interesting, and could lead to a flood of new apps on the Market, but as TechCrunch points out, that may not be a good thing. There are plenty of low-quality apps on the Market already, and this new service could only make that problem worse.

On the other hand, anyone who has ever had a good idea for an app may finally get the chance to get it out there, so we may be seeing some great new additions to the Market when this service becomes fully available.

In the meantime, you can request access to the application by submitting this form. Google promises to start granting everyone access in the upcoming weeks. 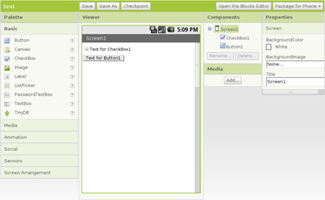 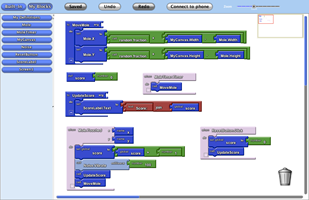