There have been some reports around the web that Google is investing in Zynga, the company behind popular Facebook game Farmville. We’ve talked about just how miserable the gaming situation is on Android, especially in comparison to other devices, and it’s a good sign that Google recognizes that and is trying to remedy it. Still, I can’t help that feel the company behind a game that’s so love-it-or-hate-it (and annoying) is necessarily the solution. That said, they do offer a number of popular games for the iPhone:

It’s hard to argue with the success of their games – Zynga games entertain 240 million users per day, and the company has only been around since 2007.

I suppose something is better than nothing, though – here’s to hoping it turns out alright. 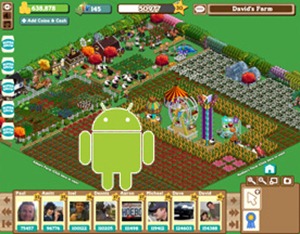