Similar to devices being offered up by competing carriers – Sprint’s Intercept, AT&T’s Backflip and Aria, T-Mobile’s entire line-up – Verizon plans to introduce a cheaper, low-end alternative to pricier Android models. Engadget reports that the the Motorola WX445 runs Android 2.1 with some type of MOTOBLUR overlay (possibly the same version used on the Droid X), and sports a screen measuring somewhere between 2.5 and 3 inches.

The phone was also described as looking very “cheap,” and has been likened to a keyboardless Palm Pre. It goes without saying that this device probably won’t be the biggest hit in Verizon’s Android line-up. Still, if you’re looking for a budget Android phone on Verizon, this could be just the handset for you. Unfortunately, no substantial tech specs have yet materialized for the WX445 (aside from a confirmed 1170mAh battery), but given the baseline performance of other Android devices in its tier, chances are it’ll get a stripped down 600 MHz TI OMAP processor that has become the standard for Moto’s low-end phones. 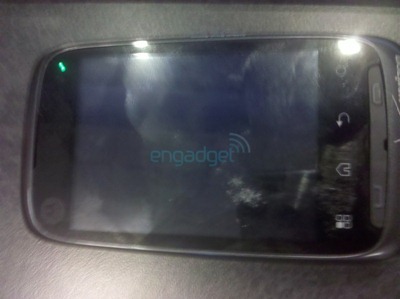 PSA: HTC Droid Incredible For Verizon Now In Stock At Amazon.com For $149.99, Ships In 24 Hours