As you undoubtedly already know, the Droid X is set to officially launch next week, on Thursday July 15th. A lucky few who have already pre-ordered the phone, however, may be getting it a week early according to an internal Verizon memo. 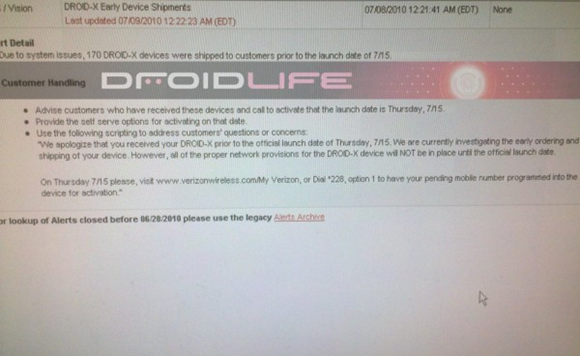 Employees at Verizon have been told to advise customers who call to activate their phone early that they have to wait until the July 15th launch date, as “all of the proper network provisions for the Droid-X device will not be in place until the official launch date”.

Even so, I’d still be excited if I was one of the lucky few receiving the device almost a week before the launch. After all, who wouldn’t want to get their hands on Motorola’s latest and greatest before anyone else?