T-Mobile has been forced to lower the price of the Garminfone as a result of very weak demand - analyst estimates peg the number sold around 20,000. The phone was priced at $199.99, a price most reviewers agreed was too high for a phone with relatively weak specs:

Those in the market for an Android device were able to either get a more powerful phone for the same price, or an equally capable one for substantially less. Either way, the Garminfone had little in the way of economic appeal. 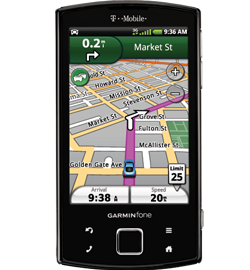 Not only did the value (or lack thereof) hurt, but the phone was very weakly marketed, and as Phandroid points out, was given limited display space in stores.

As a result of weak sales, T-Mobile announced today that they were lowering the price to $129.99. Hopefully, this can help kick start sales.

HTC: No Android Tablet In The Works, Yet