Analytic firm Distimo has released its report for June 2010, and the results are interesting. This may not be a surprise to Android users who have spent some time browsing the market, but a whopping 57% of Android apps are free. That’s an impressive percentage on its own, but it gets even better when compared to other app stores: 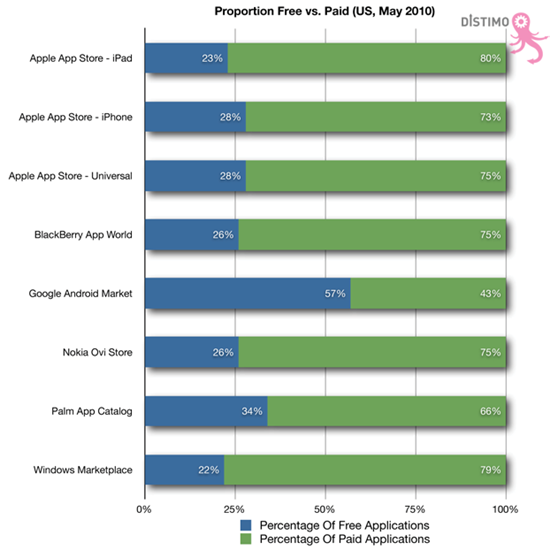 Amazing, right? Looks like the open mentality of Android pays off, as the Android Marketplace’s free rate is two times higher than anyone else's, excluding Palm’s App Catalog. 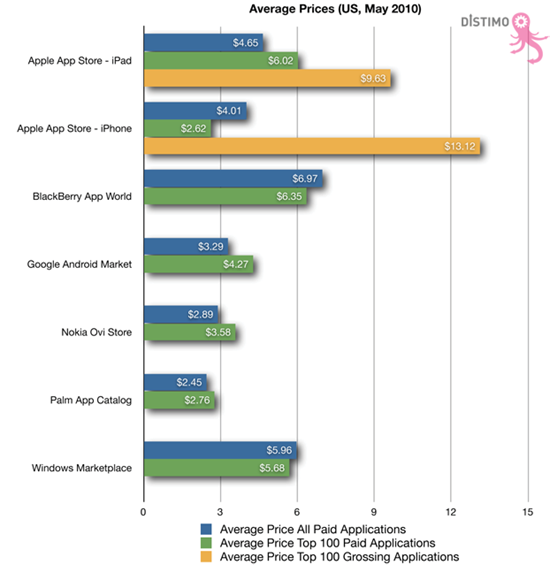 Regardless, the average Android app price is just 71% of the App Store’s average price, and 47% of the average Blackberry App World price. Coming in cheaper? Both Palm and Nokia, surprisingly enough.

Even better still, a fair number of Android apps offer the exact same features and capabilities in the free apps, just with ad’s enabled.

Other interesting highlights from the report:

More than 50% of all applications are priced below or equal to $2.00 in all stores, with the exception of BlackBerry App World and Windows Marketplace for Mobile.

Five out of the ten most popular free applications in Windows Marketplace for Mobile are published by Microsoft Corporation.

Pretty interesting stuff, especially the huge percentage of top iPhone App’s (both paid and free) that are games, and that half of the free apps for WinMo are from MS.

Head on over to Distimo’s website to read the full report (you have to provide full name, company, and email address to get it though).