It appears that Android is really hitting its stride, doesn’t it? Seems like we’re writing about a hot new Android phone just about every day. Today, LG has put out a press release to announce some new phones and an Android tablet. Details are scarce, but we do know a few things, including that it looks like they’ll be sporting a pretty slick UI. Other details: 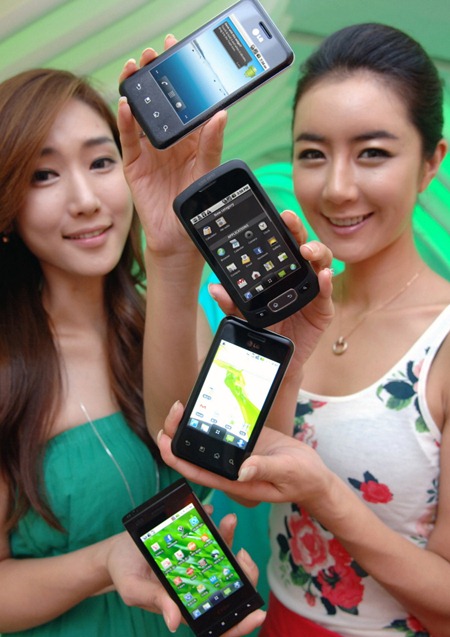 The LG Optimus One will be a budget option. Not much info, but we do have a picture (try to contain your excitement – it’s a doozy): 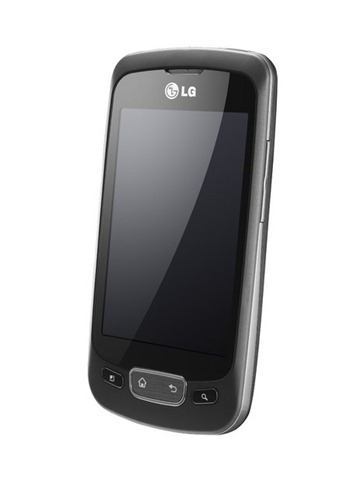 In the image of four phones being held in a vertical line, it’s second from the top. Looks a bit ugly (like a budget phone) if you ask me.

The Chic is targeted towards “fashion afficionados,” so it shouldn’t come as a shocker that it looks half decent. It will ship with FroYo. The only other “details” provided are pretty unhelpful: 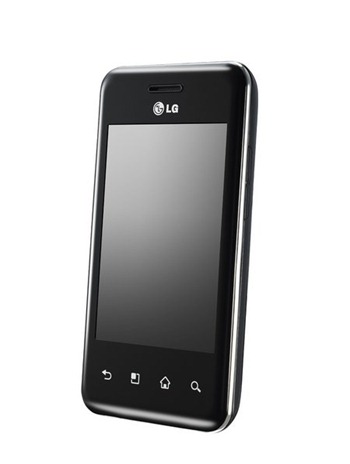 Last phone on the list is the Optimus Z. It’s high-end phone featuring a 3.8” display, HDMI out and DLNA support, HD video recording, and a TI OMAP 3630 processor (the same CPU in the Droid X). The only buzzkill here is that it will ship with Eclair (2.1) with a FroYo (2.2) upgrade coming sometime after launch. 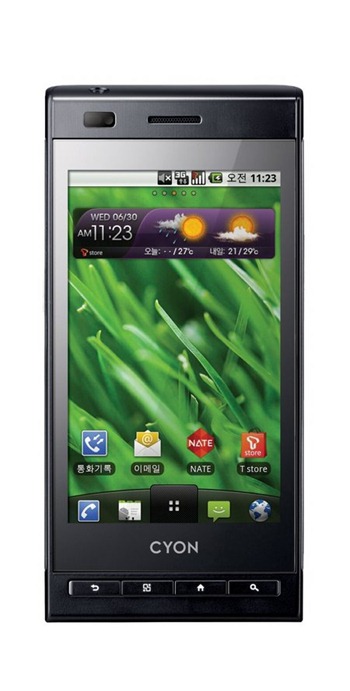 They also took the opportunity to announce they’ll be launching at least one Android tablet sometime this year. It’s hard to determine whether they intend to release multiple or not, as the wording is a bit tricky:

The smartphones and tablet devices range from entry to premium level, with various features to meet the diverse needs of all customers. 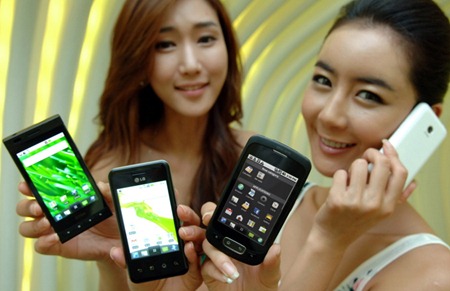 LG Optimus, meaning 'best' in Latin, will be comprised of devices running on a range of operating systems as well as Android Tablet PCs. By offering a variety of choice in operating systems and incorporating smart technologies, LG prioritises consumer choice as a key strategy for expanding its footprint in the mobile industry. The smartphones and tablet devices range from entry to premium level, with various features to meet the diverse needs of all customers. As part of its aggressive strategy to grow its share of the global smartphone market, LG will be introducing approximately 10 new smart devices worldwide in the second half of this year under the LG Optimus label.

"The LG Optimus Series is aimed at challenging the notion that one device can meet the needs of many," said Dr. Skott Ahn, President and CEO of LG Electronics Mobile Communications Company. "At LG, we believe in providing people with many different choices because our customers are not all alike. We want to provide devices that suit all needs and simplify people's lives."

The LG Optimus Series is the result of extensive consumer research and development that delved into the way people gather information in today's digital age. According to a consumer survey conducted by LG, ease of finding information is the top motivator in considering a smartphone purchase. The research also looked into what consumers liked and disliked about some of today's most popular communications devices. Not surprisingly, user friendliness and fast response time were high on consumers' lists.

The two android-powered smartphones in the pipeline -- LG Optimus One with Google™ and LG Optimus Chic -- incorporate the speedy Android Platform 2.2 (Froyo).

LG Optimus One with Google™ offers the latest in Google™ mobile features and connects seamlessly to the world. Its ability to connect effortlessly to Google's Android Market™ delivers an unfiltered and genuine smartphone user experience. Also, a convenient user interface and diverse multimedia options ensure a mobile environment that makes this device one of the easiest to use on the market.

Beyond smartphones, LG will be introducing its first tablet device later this year. Running on the Android Platform, LG's tablet will deliver vastly superior performance than other similar devices currently on the market while still managing to be thinner and lighter than competing devices.