Just like with any rumor, you should take this with a grain of salt… however, unlike some other recent rumors, this one seems fairly plausible. Droid Life is reporting that, according to “reliable sources”, the Android 2.2 update rollout for the Motorola Droid will begin on July 13, just two days before the launch of the Droid X. 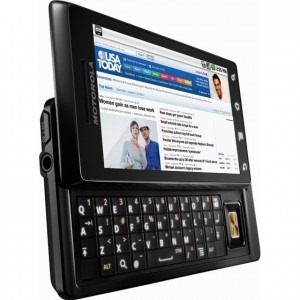 When the Droid X was announced, they made it clear that the phone would receive the 2.2 update sometime in late August, while the original Droid would receive the update in late July. The thirteenth may not be late in the month, but it still doesn’t completely discredit the rumor. We’ve already seen test builds of Froyo for Droid before, so there is certainly a chance that this date is correct.

Of course, if you remember the repeated delays with the 2.1 update, we can’t blame you for being skeptical. Even if this is the targeted release date, you should expect delays, some that could push the update into late July either way.