Today we're having a look at AdMob's latest monthly mobile metrics report which includes some information that may be of interest to the Android community, especially developers.

One particularly interesting piece of information is their ranking of the top ten Android smartphones in terms of market share, based on data collected by AdMob in May of this year. You can view the list and each handset maker’s own market share below.

Combined, HTC and Motorola are dominating the Android handset market with an 83% share. It's going to be very interesting to see how the stats change in the coming months with Samsung, currently at 5% (at least in the top 10 list), gunning full speed to regain their own Android market share.

Note: Because this data was collected in May, it does not include phones released since then, most notably the HTC EVO. 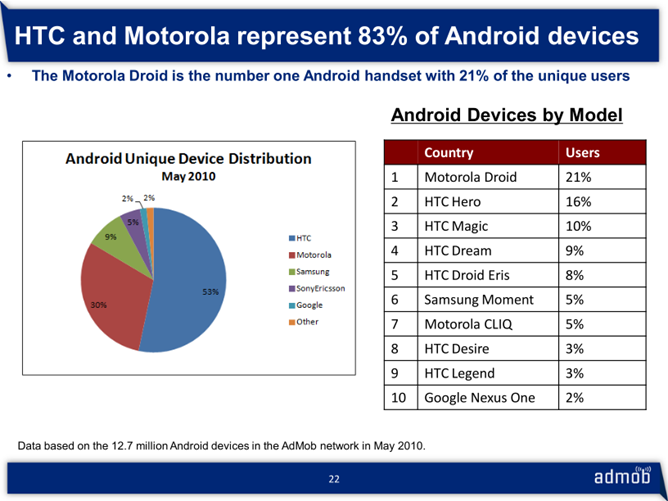 Among other reports, I wanted to highlight this comparison of the market share of several mobile operation systems, including iOS, Android, Symbian, RIM OS, Windows Mobile, and webOS. Clearly, though iOS is still on top, it has dropped quite significantly since November, and Android is growing at a rate unrivaled by its competitors. 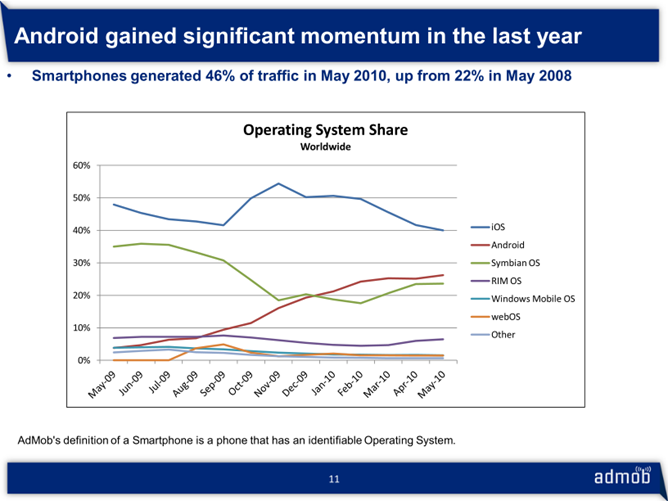 The comparisons between Android and iOS are where things get really interesting. After surveying nearly 1000 Android, iOS, and webOS users, AdMob’s report shows that iOS users regularly purchase apps far more often than Android users, with 50% of iPhone users downloading at least one paid app per month, while that number is 35% for the iPod Touch and just 21% for Android. 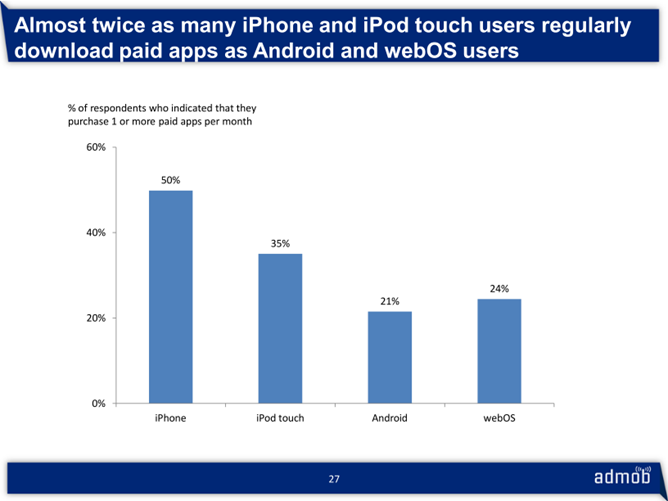 According to the same survey, owners of the iPhone and iPod Touch are also more willing to recommend their device to friends than Android owners are.

91% of iPhone owners would recommend iOS to friends, while 3% said they would not, and 5% said maybe.

Out of Android phone owners, 84% said they would recommend their Android devices to friends, with 5% saying they would not, and 12% saying maybe.

However, it is important to note that these recommendation stats were collected in February, and things have changed drastically since then in the Android department, with the introduction of powerhouses like HTC EVO 4G and Android Froyo with Flash support and speed improvements. 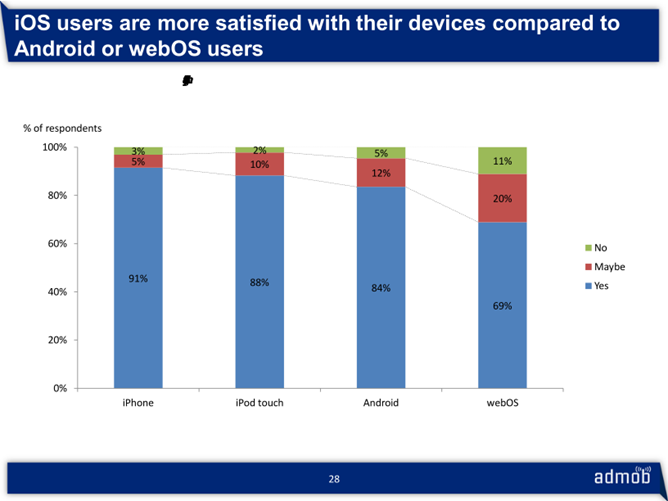 The full report is available in the source link below.