Angry Birds has been a hugely popular iPhone/iPad game, ranking #1 for awhile now. Developed by Rovio, Angry Birds is a great physics game where you shoot various birds out of a sling shot to destroy buildings and defeat the evil green pigs (this sounds awesome, doesn't it?).

Rovio, however, is not satisfied enough to dominate the iPhone Apps Store, so they've now set their eyes on Android, which means this summer we will all get to enjoy flinging birds out of slingshots, all without getting arrested.

Angry Birds offers a lot of gameplay with different birds having different abilities, which you can use to complete each stage of the game. Some split into three while other birds explode. You can perfectly time the use of the different abilities each bird has by tapping on the screen when you feel the need to use them. You will also be able to pinch-zoom to have the entire field on your screen for better aiming of said birds or get up close to see where you need to hit. 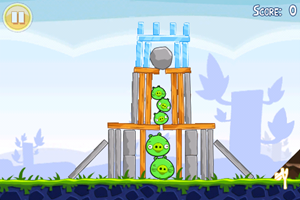 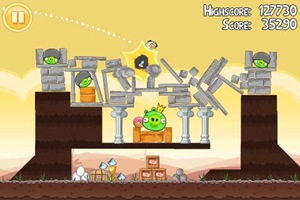 Excited to get a copy of this smash hit game already? Well you will not have to wait too long. Rovio has announced that they plan to release the game onto the Android market this summer. However, if you want to know right away the moment the game hits the market you can sign up for their mailing list for Android Angry Birds.

Who Wants More Froyo? Yet Another Nexus One ROM Leak (FRF91)