It was reported some time ago that the Samsung Galaxy S would hit every major carrier in the US – and it seems like the prediction was dead on. First announced for AT&T as the Samsung Captivate, the Galaxy S has already been confirmed for T-Mobile as the Samsung Vibrant, and was just announced as the Samsung Epic 4G for Sprint, the Samsung Fascinate for Verizon, and an unnamed version of the device for US Cellular.

The Epic 4G is Sprint’s version of the Galaxy S Pro (the only US carrier to get the Pro version, which includes a sliding keyboard), and is, as the name implies, compatible with Sprint’s 4G network.

Though no details on release or pricing have been released, the phone will likely sell for $199.99 on contract, and the extra $9.99 a month charge for unlimited 4G/3G data will also likely be present.

Oddly enough, though a tethering plan is available, it will only work with up to five Wi-Fi enabled devices instead of the eight that the EVO offers. It is unknown if this will affect the pricing of the tethering plan, currently available for $29.99 a month.

The Epic 4G also has a front-facing camera, which separates it from the other versions of the Galaxy S. 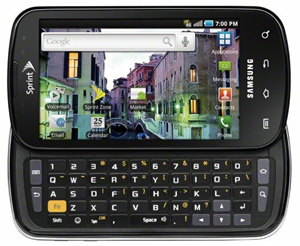 Verizon will be receiving the Samsung Fascinate, which, like the Captivate and Vibrant, has a 4.0” screen and 1 GHz Hummingbird processor.

Each incarnation of the Galaxy S includes a 5 megapixel camera and 720p recording, though only the Epic 4G and Fascinate (and possibly the US Cellular version) have LED flash.

They will all launch with Android 2.1, though 2.2 is promised in the near future. This will show us which of the carriers is fastest – and which is slowest – in sending out OTA updates for their Android phones.

The Galaxy S is running Samsung’s TouchWiz UI on top of Android 2.1, and includes a variety of pre-loaded apps. The Samsung Vibrant, launching on T-Mobile, includes the Amazon Kindle app, Sim 3 game, Slacker Radio, and MobiTV pre-installed, while the Samsung Fascinate, launching on Verizon, has Bing Maps and Bing Search pre-installed (it is currently unknown if these are replacing Google Maps and Google search; if they are, this phone could receive a lot of backlash from the community).

The Galaxy S device headed to US Cellular will also come with Yahoo apps alongside Google apps such as Gmail and Google Maps. 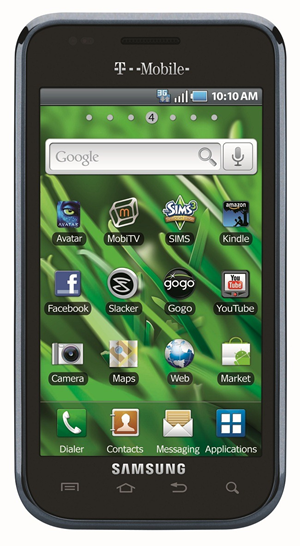 Now that each of the main carriers will be receiving some version of the Galaxy S, will this phone take over the Droid’s spot as the most popular Android phone in the US? Samsung is certainly ambitious about it.