Can’t wait to get your hands on the next Android superphone - Motorola Droid X? Then you’ll be probably be interested to learn that Best Buy has already begun their pre-orders for the newest addition to the Droid family, which will be arriving in stores on July 15th.

And before you think that you won’t need to pre-order the device, remember: the EVO sold out at launch (in fact, it is still sold out) - and that was on the nation’s third largest carrier. The Droid X is a phone with very similar specs on the largest carrier in the country, so a sellout is certainly a possibility. Read the full press release below.

Best Buy and Best Buy Mobile have truly become the leading destination this summer for all your mobile smartphone needs – from HTC EVO 4G from Sprint to the iPhone 4 on AT&T to the upcoming DROID X on Verizon. Enthusiasts of the Android platform can be the first to reserve a copy of the new Verizon DROID X by Motorola today at Best Buy. The pre-sale begins June 25 and the smartphone will land in stores on July 15.

"With the buzz we've seen around the Android platform, Best Buy is confident that consumers will be thrilled about the Verizon DROID X by Motorola pre-sale," said Scott Anderson, senior director of merchandising at Best Buy Mobile. "It has been a great summer for smartphones with the HTC EVO and iPhone 4 launches, and the addition of the DROID X adds another strong option for our customers to consider."

The Verizon DROID X by Motorola features Google's Android 2.1 operating system, 4.3-inch screen and 720P HD video recording and playback. Android 2.2 will arrive to customers on the DROID X later this summer. The DROID X is available at Best Buy for $199.99 with 2-year activation, with no mail-in rebate hassle. 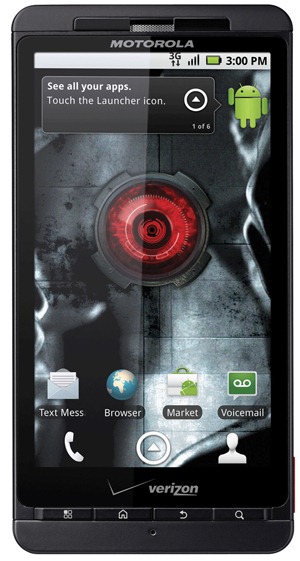 Developers: Pre-Order Unity3D Pro Game Engine For Android – Get A Free Nexus One