One of the requirements for writing for AP is that I follow 91 RSS feeds selected by Artem (don’t tell – I only follow 90. I’m just the rebellious type). I’ve seen at least a dozen articles today raising privacy concerns over the fact that Google can remotely remove users’ apps, and did so today to users who had 2 specific apps installed. So what?

To me, this shouldn’t be surprising, and isn’t a big deal. It’s standard operating procedure to have this control (Amazon has it with the Kindle, Apple has it with the iPhone), and whenever the capability has been used, it’s because of security or legal concerns. In the case of today’s removal by Google, they removed two apps because they both posed threats to users’ data. As the vast, vast majority of users of the phone don’t even know how to check what an app is actually doing, it’s unlikely that the end user would have ever figured this out.

What I’m getting at here is that Google’s looking out for its customers here. No software can ever be 100% secure, and Google knows that it needs to protect users in order to protect its interests. Google isn’t an evil company, people – they have morals, and stick to them – something that’s not all that common in the corporate world. We’re talking about the company who pulled out of China, a 1.-something billion person market, because China wanted them to restrict search results and they wouldn’t do it on moral principle. 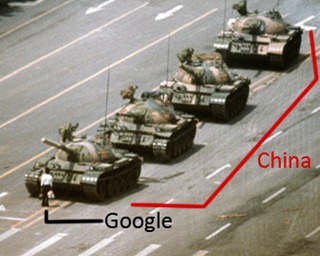 Others have complained that they just don’t like it because they're worried about losing an app they paid for or an app that was installed unofficially. As for losing an app you paid for - if history is any precedent here (and it should be), I’d imagine they would, just like Amazon did when they removed a book from users’ Kindles. And the threat of them remotely removing apps you’ve installed unofficially – I just can’t really see that happening. Google is big on collecting user data, yes – but I doubt they’re sitting there keeping track of every app you use on your phone. I’m guessing they’re looking at the official list when they remove apps.

I’m not naive – I know that at the end of the day, Google is a corporation, which means it exists to make money and increase shareholder wealth – but at the same time, their slogan is “Don’t be evil.”