What a day! We were hoping for this but never expected it to actually happen - Andy Rubin, VP of engineering at Google and one of the main guys behind Android, just announced that the Froyo source is going to be available today:

1:41PM Andy Rubin: "If you're a third party developer who's built an app for Android, you can talk to it from the cloud." Talking up Froyo -- it's being open-sourced as of today.

That's right - the AOSP (Android Open Source Project) is seeping through into the public source tree as we speak.

Check it out right here - http://android.git.kernel.org/?o=age 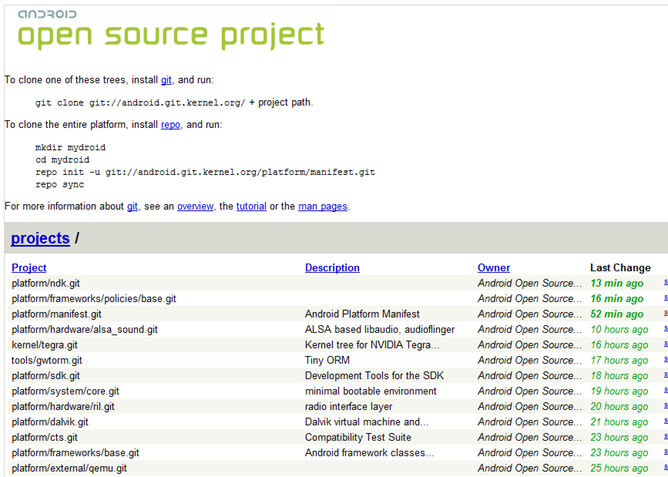 So What Does This Mean To Us?

Andy's quote from liveblog by Engadget