One of Android’s major shortcomings is its lack of compatibility with many audio and video file types. Fortunately, doubleTwist stepped in to fix the audio problem, but what about video playback? That’s where RockPlayerBase comes in!

Compatible with a plethora of video formats, including MKV, AVI and DivX, RockPlayerBase combines great compatibility with a simple interface. Controls are overlaid on the screen, so you can still see the video track whilst using the controls. 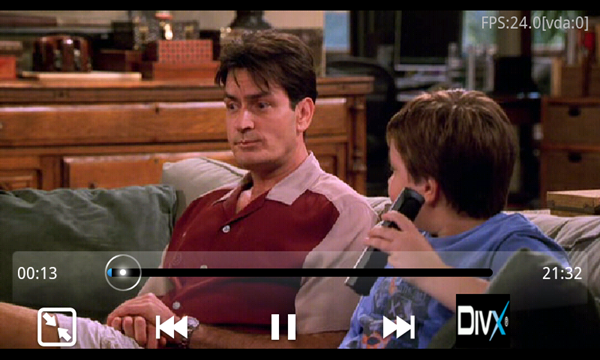 When testing on the Nexus One, I found playback quality to be predominantly good. I tested a DVD rip encoded in AVI which played back without any problems, although audio output was sometimes a little pitchy and inconsistent.

I also tested a 720p MKV file, albeit with less successful results. Whether it’s a hardware or software issue is debatable, but video playback wasn’t even remotely smooth, and I was lucky if I got even a second of audio playback before having it cut off too.

FeelAndroid tested the player with various formats, and found some interesting results…

It’s worth noting that the FPS count appears on the screen by default, but this can be turned off by tapping on the DivX logo in the control panel.

RockPlayerBase has the promise to be a great video playback application. Hopefully, the developers will add more support for HD playback from MKV files for more powerful devices coming on to the market. The app currently isn’t available on the Android Market, but you can download the apk for Android 2.1 and 2.2 from here.