In exactly a week, on June 23rd, the 4 giants of the Android world - Motorola, Verizon, Google, and Adobe are set to announce something really great, dubbed "the next generation of Droid" at a special invitation-only press event in New York.

We can only guess what the event will touch on - surely, Droid X and Droid 2 are at the top of the list.

However, noting the presence of Adobe, it makes us wonder whether something much-much bigger is coming, i.e. the announcement of Froyo release dates or at least a promise that the new Droid generation will be running Google's newest 2.2 OS. 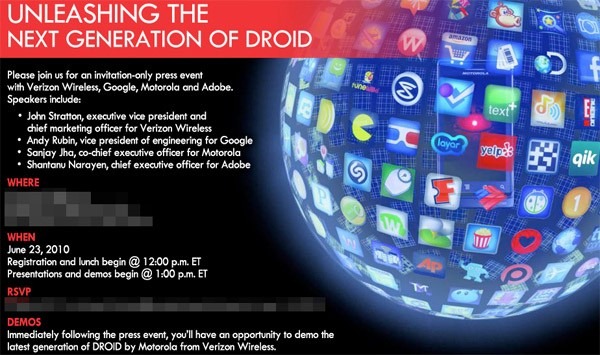 Is Sprint About To Release 4G To The Bay Area? It Surely Seems Like It!