Word on the street (and by “the street,” I clearly mean TechCrunch) is that the next version of Android, (Gingerbread, which is rumored to be coming in 4Q2010), will focus on refining the UI. It may seem like a waste of time, as most Android phones today run a custom UI (HTC, Motorola, etc) – but that’s just the point. By stepping up the default UI, handset makers (hopefully) won’t feel the need to layer on their UIs.

As things stand now, proprietary UIs mean handset makers have to modify the stock Android build, test the build, fix bugs, and retest before finally pushing the build out as an update in order to keep the UI. As a result, we (the consumers) wait longer to receive updates, and manufacturers have to put a huge amount of resources (time, employees, etc.) into tweaking. 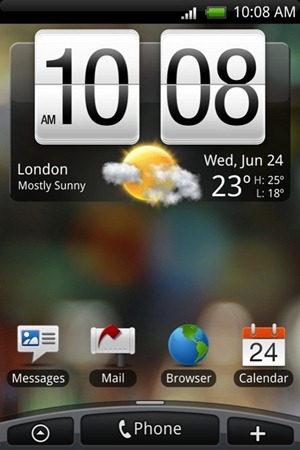 Obviously, as an Android user, I’m a fan of Google, and this is exactly why. Clearly, they have the end user in mind, rather than their own agendas or vendettas. Props, Google. We appreciate it.

AT&T To Customers: You Can Have Any Android You Want, As Long As It Sucks