Good news, AT&T customers – starting June 20, AT&T will begin selling its first HTC Android device, the Aria. A few days ago, they (accidently?) released a video showing the HTC “Liberty” being tested. At the time, we speculated that it might actually be the HTC Aria we’d heard about before. Turns out we were probably correct, as various news outlets have been receiving the Aria to play around with, and they look to be one and the same.

The phone isn’t quite as high-end as other recent HTC outings on other networks (such as the EVO or Incredible): it offers a 3.2” display running at 480 x 320, as well as a 5 megapixel camera (sans flash). The device lacks a Snapdragon processor, but it still runs at 600 MHz, and so far it seems reviewers think that’s enough to power the little guy. It also includes standard fare for Android devices, including Android 2.1, WiFi, GPS, Bluetooth, and 3G. Just like the Backflip, AT&T will be locking down the Aria by restricting unauthorized apps. Reviewers also commented that it looks a lot like the HTC Mini, and I’d have to agree with them. 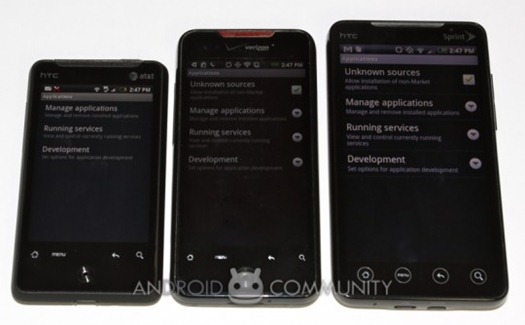 The Aria will be priced at $129.99 after a $100 mail-in-rebate. Considering that higher-end phones (such as the previously mentioned EVO and Incredible) both retail for $200 after MIR, I can’t see why people wouldn’t pay an extra $70 to get a more full-featured phone when they’re stuck with it for the next two years. That said, people who prefer AT&T now have an alternative to the Moto Backflip.

Also, does anyone else think the thing has an oversized chin?

As always, feel free to sound off in the comments below. 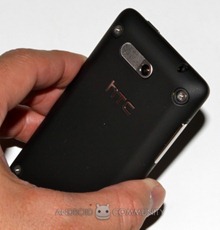 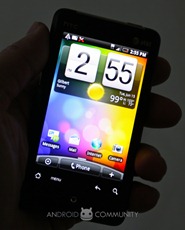 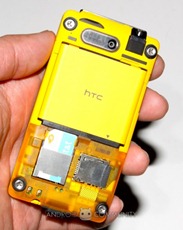