Are you worried about viruses on your smartphone? Neither was I until I noticed Symantec’s Norton security application in the Android Market! The company has recently released a Beta version of their security app, which comes as a 90 day free trial.

I’ve been a user of other Android security applications, such as WaveSecure, for quite some time now, so I was intrigued to see if Norton’s offering brought anything new to the table.

Whereas WaveSecure is focused around backing up your personal data and remotely tracking and wiping your phone, Norton security offers an Anti-Malware scanner, as well as a call blocking service. In addition to this, you can also remotely lock and wipe your device. 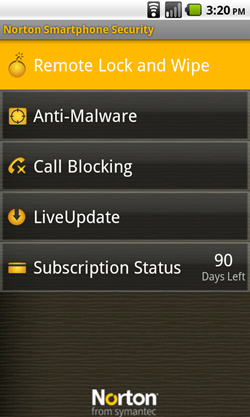 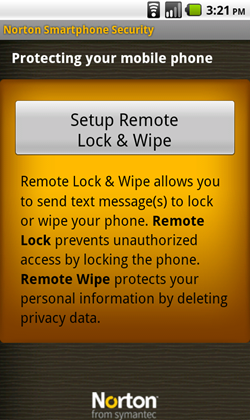 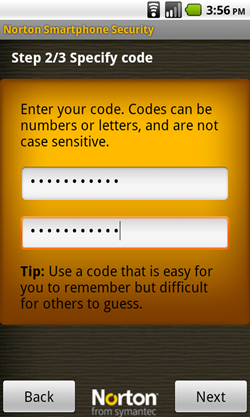 If you forget your codes, or want to change them, you can do so from within the application. Simply type in your new security code and you’re good to go!

The Anti-Malware option in Smartphone Security is the main selling point of the application, although how much danger of Malware there is on a smartphone is certainly up for debate. Performing a scan of 103 applications on my Nexus One took less than 30 seconds, and thankfully, no threats were found. 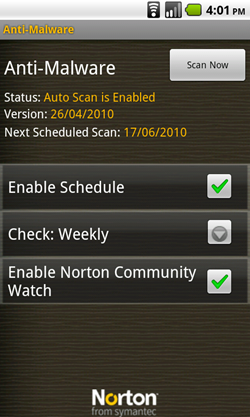 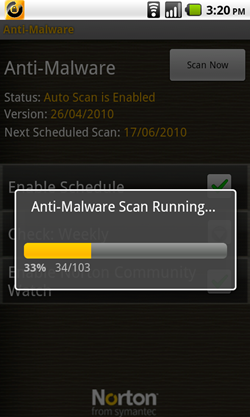 A neat feature of Norton’s Security application is the ability to block calls and text messages from some numbers. You can even enable auto-reply to blocked numbers, which is a nice feature to have. You can type in a number you wish to block, or import someone from your contacts, call log or SMS log if you don’t know the exact number. This is something that I’ve yet to see in some other backup/security applications, so it’s great to see it appear in Norton’s app. 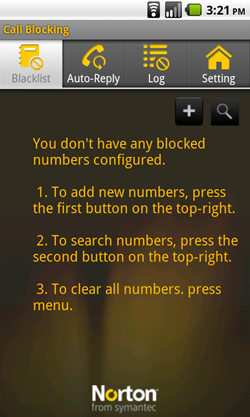 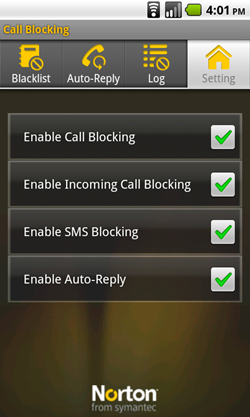 Motorola Launching A 2GHz Android Phone Before The End Of 2010