There’s been an increasing amount of buzz on the interwebs this week regarding a potential launch of the Samsung Galaxy S here in the United States in the next coming months. Rather than several posts covering each detail, I figured I’d just tie them all into one giant lump of Samsung-y goodness. 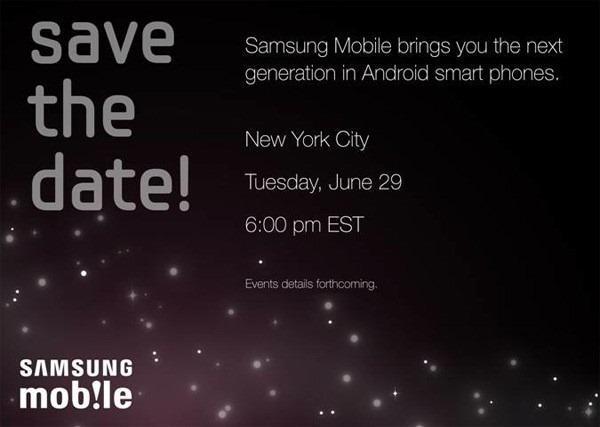 First, the facts: We know for sure that Samsung is planning an event in New York City on June 29th centered entirely around the Galaxy S. Cnet’s Bonnie Cha received a package from Samsung hyping the event, which included a set of USB powered speakers shaped like a flying saucer.

The event itself pretty much confirms that we should be seeing the phone in the states sometime this year. I’m fairly confident we’ll be filled in on both carrier agreements and release dates at that point.

Second, the rumor: according to TmoNews, a ‘trusted source’ told them that the phone will be launching July 21st on, you guessed it, T-Mobile. Keep in mind that this is only a rumor, but if it’s true, it’s pretty great news for T-Mobile customers. The phone probably won’t be launching as a T-Mobile exclusive, but this should give a much needed boost to a lineup that’s currently headlined by the MyTouch Slide.

I suspect we’ll see the phone launch on at least one other US carrier, but Samsung’s been pretty vocal about their plans to get this phone on as many carriers as possible. It looks like we should know more after the big event on June 29th.

Froyo Coming To The MyTouch 3G?