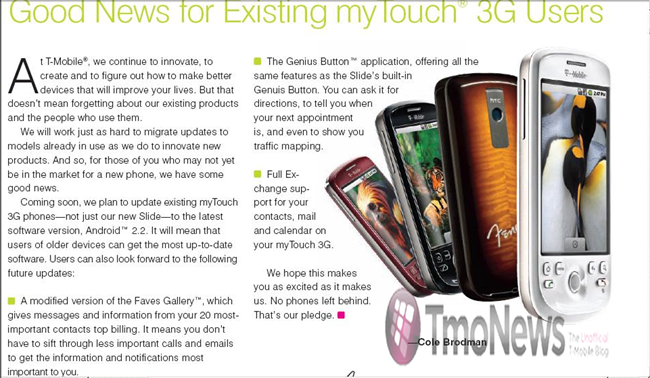 In addition to the upgrade to 2.2, T-Mobile is apparently planning on throwing in the modified ‘Faves Gallery’, and ‘Genius Button’ applications as well. Initially I interpreted the announcement to mean that exiting MyTouch 3G’s will receive the OS facelift that the MyTouch Slide has benefited(?) from, but after another read-over, it seems that is not the case.

The announcement also reveals that the MyTouch Slide will also be receiving an update to 2.2. Not that it was every really a question, but it’s always nice to have an official confirmation.

There’s no mention of an ETA other than ‘coming soon’ – as soon as we hear anything else, we’ll be sure to post an update.

Motorola’s Milestone XT720 Is Going On A European Vacation