Yesterday, we reported that the EVO 4G was rooted, right in time for the launch day. The root method, however, required a full wipe and was quite tedious.

The same hour the root instructions were released, a new root method, called unrevoked, was promised and scheduled to come out by midnight. However, Sprint's OTA update fixing the SD card issue also patched up the vulnerability that both root methods used.

Fear not though, unrevoked was still released a few hours ago and works for both pre-OTA and post-OTA EVOs and only pre-OTA Heroes.

The root method is very simple - you just download the .apk from your phone's browser and install it as an application. Then (you guessed it) run it.

The new vulnerability that allowed root to be achieved has not been disclosed this time, in the interest of keeping the EVO rootable for as long as possible:

Update #1 [6/5/10 1:00AM]: I've gone ahead and applied unrEVOked to my post-OTA EVO and it had root within 5 seconds. You will find what the process looks like at the bottom of the post. To check afterwards, I've installed android-wifi-tether - the first and best app I install when I get root, and it loaded and asked to approve su permissions.
Update #2 [6/5/10 1:45PM]: I am actually having some issues with accessing root. My USB debugging is enabled and I've seen 4 su prompts, so I know *something* is working. However, these don't:

1. Android-wifi-tether doesn't actually work - it loads and starts the AP but neither my laptop nor Alex eReader can see it.

2. 'adb remount' doesn't work and fails with this error: remount failed: Operation not permitted. This means I cannot remove the stock apps I want to remove, as the file system is readonly until 'remount' works.

3. Clockwork recovery using ROM Manager doesn't install - just comes up with a non-descriptive error, though it does detect the EVO's phone model correctly.

I asked for confirmations and clarifications, and got them directly from the horses mouth: 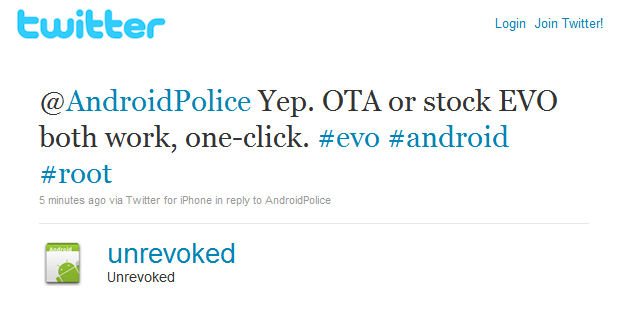 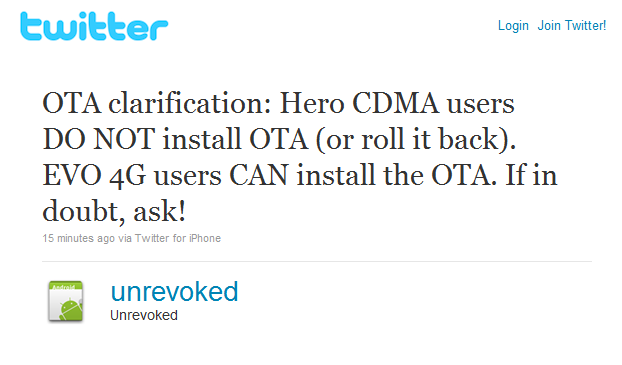 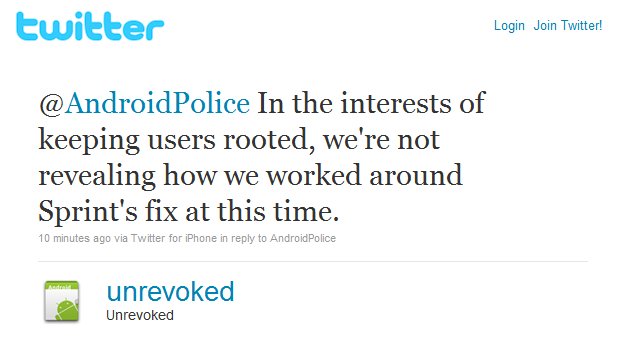 So hurry up, download the app from http://www.unrevoked.com and report back with your experiences.

See you on the other side for the root! 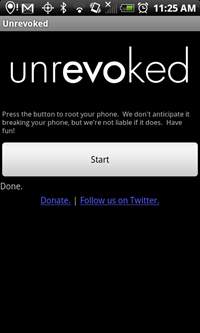 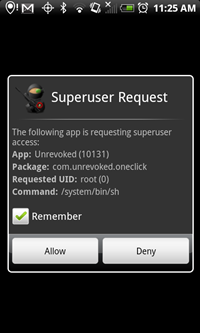 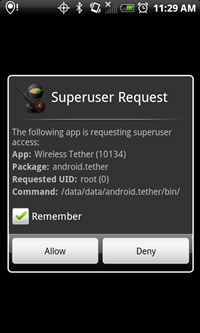