The disappearing SD card issue plaguing a whole slew of HTC EVOs, sometimes resulting in data corruption, has been fixed by an over-the-air update, according to Sprint.

I alerted the community of the issue last week by raising some red flags and starting a few forum threads, and voila - Sprint and HTC scrambled the fix in time for launch. Thank you, everyone, for all your feedback!

The problem with the SD card, which most users incorrectly attributed to the card itself being faulty, ended up being a software bug, so no device returns should be necessary. The bug did affect retail phones, not just the ones passed around at Google I/O, as also previously speculated.

As of today, EVO users should be getting an OTA notification prompting for a software update v1.32.651.6 (13.14 MB). Alternatively, you can force it by going to Settings > System Updates > HTC software update. The update process takes only a few minutes.

Be warned: the OTA breaks the current root method, so do not apply it if you want to keep the root option available (see here for why you would want root). Of course, it's highly likely that another root method will be found in the near future, and since my data is more valuable to me than root, I decided to upgrade first and ask questions later.

A note for users without a data connection - i.e. with WiFi only. You can check for the update, download, and install it all through WiFi from within the phone without any problems - just follow the same procedure.

Here are the screenshots I just took: 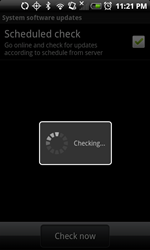 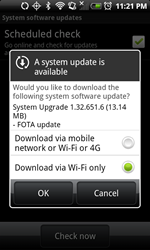 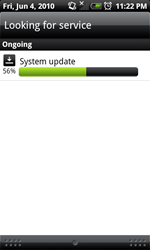 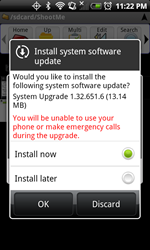 To update or not to update, that is the question. What say you?

Updated: There Are Some Issues. UnrEVOked Is Here - One Touch Root For EVO 4G And Hero, Working ...