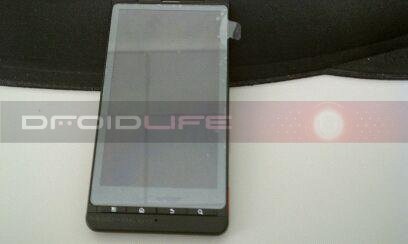 In case you’re out of the loop, the Droid Shadow is said to be Motorola’s latest addition to Verizon’s Droid brand, which we’ve covered here and here (note that I incorrectly referred to the Shadow as the Droid 2 – from what I’ve read since, this is not the case). This time, Droid Life was sent a few pics from a tipster that claimed to have a bit more information on the phone’s software:

The ‘No Motoblur’ part is a bit strange, especially since Motoblur was pretty prominently shown on the ‘Getting Started’ manual.

I’m also a bit skeptical about the phone shipping with 2.2, as I’ve mentioned in our previous coverage that the photo on the cover of the manual is definitely not running 2.2. This doesn’t mean that this won’t change by the time the phone ships, but I’m going to remain skeptical until we have additional information. 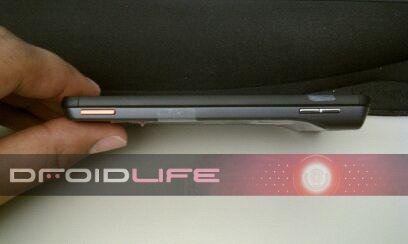 The rest of the stats are fairly normal, so I wouldn’t be surprised to see if they turn out to be true. Here’s a quick recap of the previously speculated stats:

So, if all of this ends up being true, it looks like Verizon’s going to end up with another sexy addition to their line-up. T-Mobile’s going to have to put out something pretty groundbreaking if they’d like me to stick around when my contract is up in August.