The EVO 4G, which is coming out in only 2 days on June 4th, comes with a pretty decent 8MP camera. One of the best things about the camera is that it in turn comes with a shockingly bright for a cell phone dual LED flash. Here it is: 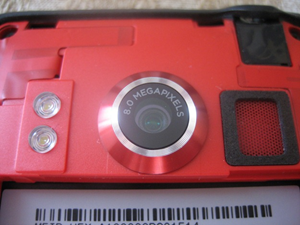 Wouldn't it be perfect if you could use these LEDs on demand, turning the EVO into a bright flashlight? You can do that with some other phones, and EVO's little sister HTC HD2, which has essentially the same body but runs WinMo, even includes a native app to do so.

I was looking for a way to enable this flashlight functionality on the EVO and, thanks to this post on the SprintUsers forum, discovered LED Desire Light.

LED Desire Light is a brilliant app which lets you use the EVO's LEDs on demand and provides 3 different brightness levels, along with Morse Code functionality. There is even a quick one-touch SOS button for when you're trapped in a car under water and need to signal Superman to save you.

Even though the app was made to run on the Desire, as the name suggests, it works perfectly on the EVO. Oh, and it doesn't need root.

There is also a setting that lets automatically dims the main screen when the LEDs are on, to save battery.

Check out the screenshot and photos I took in complete darkness, while trying out various brightness levels: 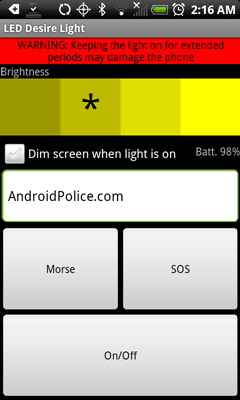 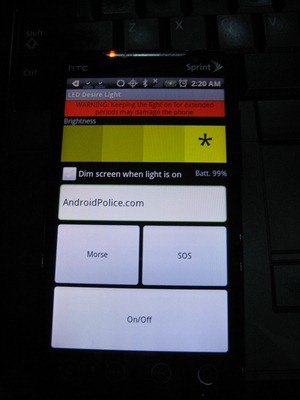 Both sets of photos go in this order of the brightness settings: low, medium, high.

The flash looks about the same in the 1st set but take a look at the background - it gets darker every time, which shows how the camera I was using was adjusting to the LED brightness level.

The medium and high turned out about the same in the 2nd set but they were quite different in reality - the high level lit up the whole bathroom. I blame the point-and-shoot I used yet again. 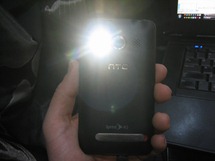 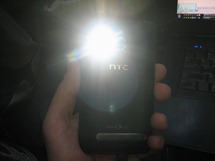 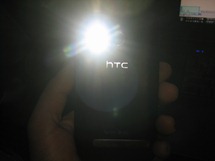 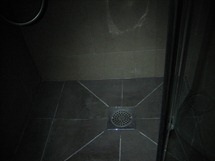 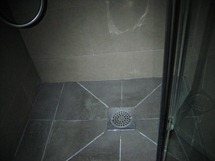 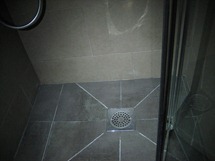 The only thing missing now is the home screen widget to enable a one-touch flashlight, which I am hoping the author can add, once he reads this sweet review.

Update: Someone else made the On/Off widget - download it from this xda thread. It works wonderfully on the EVO!

Here's a QR code to get this totally free app from the Market: 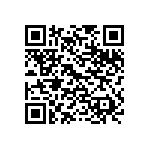 A Word Of Caution

The Internet seems to be split on the opinion of whether keeping the LED lights turned on for more than a few seconds can severely damage them or not but some people advise against using any flashlight apps that keep the light on permanently.

I am not a physicist and I won't be pushing the EVO's LEDs to that extreme of a test, but I think a caution for you, our readers, is definitely in order - proceed at your own risk.

Android Updates Will Slow To Once A Year, According To Andy Rubin