Yesterday I posted my review and hands-on results with lots of photos made by HTC EVO 4G's 8MP camera, and today I was finally able to finish uploading the 720P HD videos from the same period of time during my visit to Paris (damn you, slow French WiFi!).

As before, I'll start with some details and thoughts and end with the videos themselves. Switch the Youtube player to the 720P mode if you want to see them at max quality.

I was very excited to finally own a device that can take HD videos, as the next best thing I owned was an old Canon SD450 which shot in questionable quality and relatively low resolution, so I jumped on the EVO's camcorder capabilities like fat Parisian kid on a bag of Parisian pastries (I suck at fat jokes).

My overall experience was that during the day, the videos come out quite well but at night and in low to medium-light indoor shots, they're practically unusable due to the horrid lag - this is especially apparent in the first test video which was shot at night, though in a relatively well lit location at Champs-Élysées in Paris.

There is quite a bit of graininess and blockiness present in all videos, even ones shot during the day. The results do come out better than my point-and-shoot in good light, but quite a bit worse in low to mid-light.

I was also not very happy with how dim the videos ended up being compared to the real world. A truly sunny day seemed a bit cloudy and dark, even though the EVO dynamically adjusts brightness as it shoots.

The dual LED flash cannot be used while making videos, so forget about using it in the dark, at least with the stock camcorder app. This was probably done so that we don't destroy the LEDs by having them constantly on. 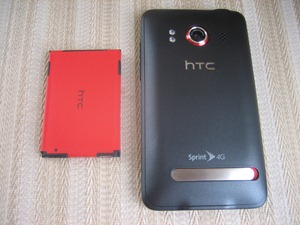 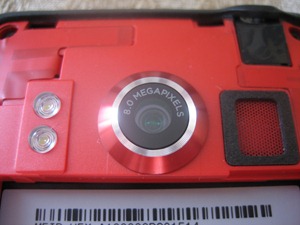 Some technical details - the videos at the highest settings end up with the following specs:

EVO 4G is definitely not a Canon EOS 5D Mark II, which can shoot something as amazing as this Nine Inch Nails concert video and not even a lower budget T2i - not even close. It is OK for casual movies but only in excellent conditions. Overall, I was much more satisfied with EVO 4G's photo taking capabilities compared to shooting video.

And now it's time to have a look at the videos. I tried to shoot in various conditions as I was walking around the city, both dark and bright, while panning the camera slow and fast. Here are the results.

The 1st video was shot in the dark and is extremely laggy - to the point that it's absolutely unusable. A big disappointment - I would understand graininess and artifacts but such horrible lag is inexcusable.

The 2nd video was shot from a bus driving up to the Eiffel Tower. It's is pretty decent, as the conditions are close to perfect. There is some graininess due to movement.

The 4th video was shot in the Luxembourg Gardens, and to me it seems too dull and dark. There were a few clouds but I am fairly sure everything was brighter in reality.

The 5th video was shot on a cloudy day at the Grande Arche, which is a very original and interesting building in Paris. See how the EVO performs in these conditions. I really didn't like how it got confused by the stairs - watch the video to see what I mean.

What do you guys think? How does it compare to your expectations and your own devices?

PSA: How To Push Links To Your Froyo Phone With Chrome Or Firefox

A First Look At The MSI WindPad 110 Android Tablet