Over the last week, during my visit to Paris, I've been using both my regular camera and the EVO 4G I got at Google I/O for taking shots and videos of the beautiful French capital.

So what kind of pictures can you expect from the EVO, which has an 8MP camera and a dual LED flash? Just click on the images below to find out.

The performance of the camera during the day far exceeded my expectations - the pictures come out very sharp and crisp, for a mobile phone camera - it almost seems like there is an image stabilization packed somewhere in there.

Of course, performance varies depending on conditions, substantially suffering in the dark, and no, it won't replace a dedicated camera.

The camera automatically focuses, or you can pick a manual focus point by holding your finger over a specific location on the screen. The autofocus works really well in my experience, unlike the one on the HTC Hero.

The dual LED flash is very-very bright for a cell phone camera - just look at the pictures taken in complete darkness. I was able to take pictures in pretty dark places without too many problems - the camera flashes once to focus, and then the second time to take the picture. Pretty worry free if you're out on the town and want to take some photos of your friend passed out under a dark chair at a bar.

Since EVO 4G sports a speedy Snapdragon processor, taking pictures with it is pure pleasure - the camera app loads in a split second, taking the picture and moving on is very snappy, as is switching between the camera and the photos already taken.

The camera software is what you would expect from an Android 2.1 phone, with an additional option of switching to the front facing 1.3MP camera. As MG Siegler of Techcrunch noted in his post, switching between the 2 cameras takes far too many clicks. Fortunately, you almost never have to do that, so not having yet another button wasting the screen real estate is actually a plus in my book.

One interesting fact is that EVO can take pictures in widescreen mode, and it does so by default. This is controlled by the "Widescreen" option in the settings.

Another thing I wanted to add was that it turned out to be much harder than I thought to take pictures as horizontally as I'd want them to be, compared to my Canon. Some pictures end up being crooked, even though I could swear I was holding the phone fine.

One annoying thing about the EVO, especially apparent while taking pictures, was pressing the touch-sensitive buttons when I didn't mean to. This happens all the time and pulls up a Google Search box, goes home, or back - really annoying. I wish there was a way to have those buttons require a long press while in the camera mode.

Note: If you want to view the full size pictures outside of the lightbox, right click on the thumbnail you want and select Copy Link Location or Save As. Be warned that they are quite large (remember the 8 megapixels?) 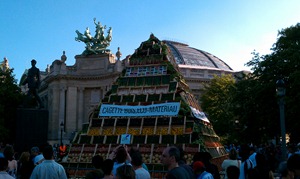 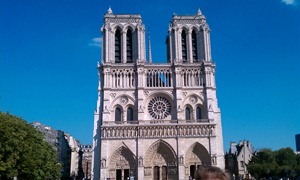 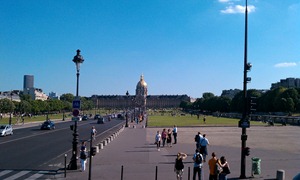 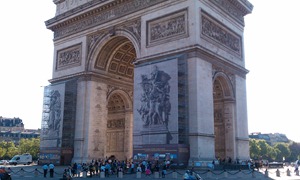 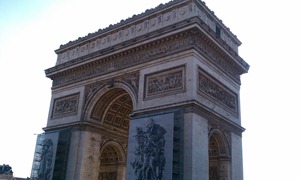 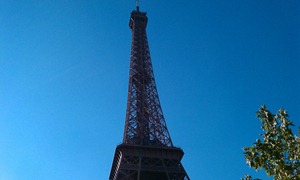 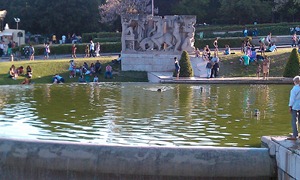 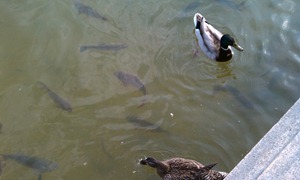 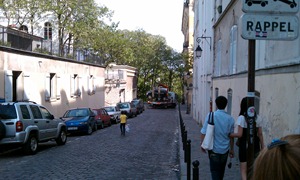 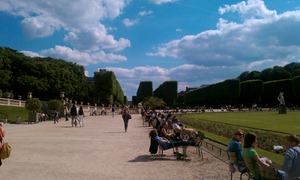 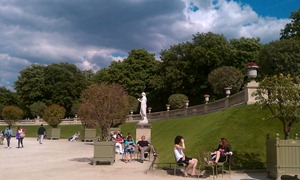 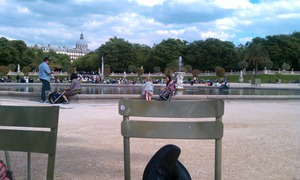 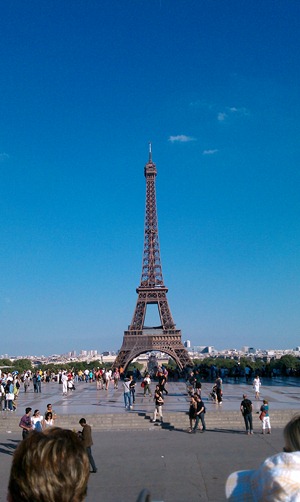 Inside shots still do pretty well, though some artifacting and graininess can be noticed. 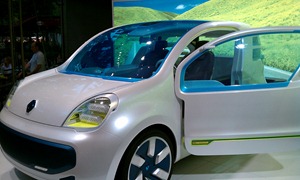 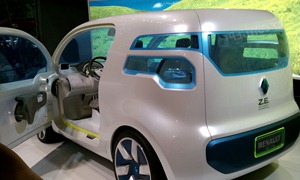 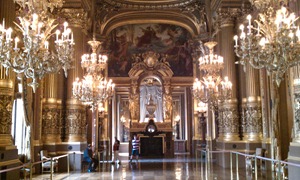 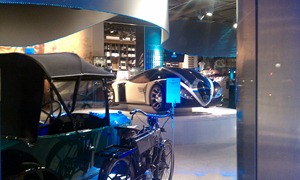 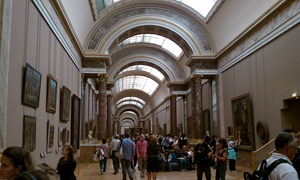 Moving shots are still pretty crisp and not blurry. 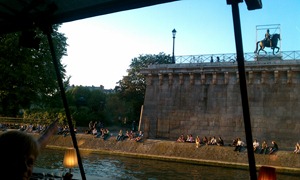 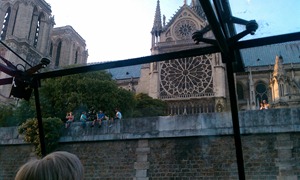 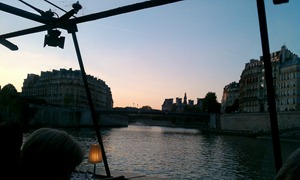 Here are the best night shots I'd taken. There are lots of artifacts and graininess which makes me wonder if the ISO the camera switches to may be too high for its sensor size.

A lot of shots, which I haven't included here, don't come out right in the dark, so you definitely want to use a separate camera if you are planning on taking those. 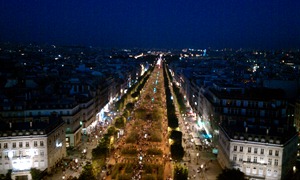 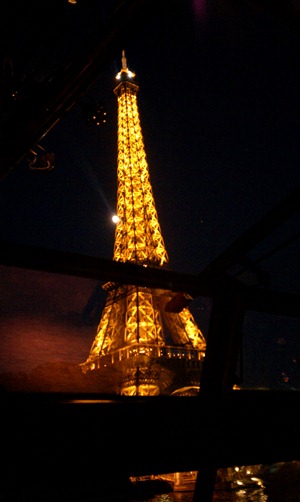 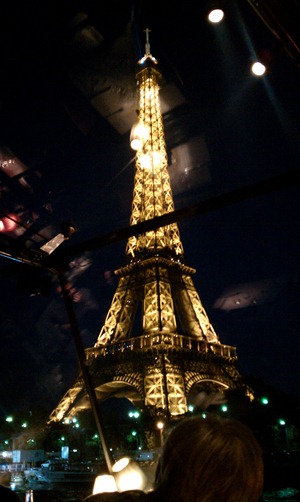 I was very impressed with how the dual LED flash performed. It lit up a completely dark small space pretty well, albeit giving the photos an unnatural whitish tint. There is simply no competition compared to my previous Android phone - the HTC Hero, which has no flash at all. These photos are lower res, as I took them a while ago before I tweaked the settings. 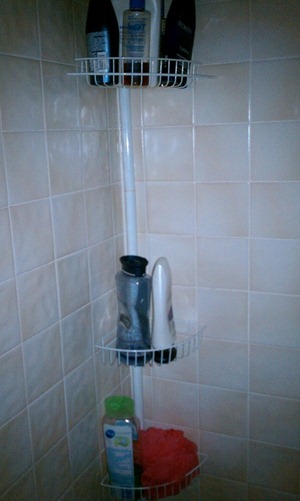 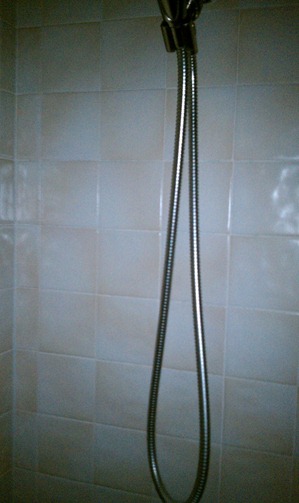 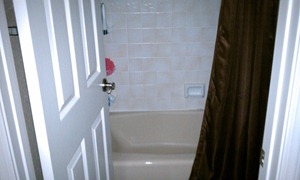 Sample 720P HD videos are coming in a separate review, as I'm having trouble uploading to YouTube during my trip. Stay tuned.

EVO 4G's 8MP camera is the best camera I'd ever used in a mobile phone, especially during the day. It is very snappy, which makes it a pleasure to use. The auto focus works better than expected as well.

Having said that, EVO's camera is not a proper replacement for a good dedicated camera, even a point-and-shoot one. However, having access to a camera of this caliber at all times right in your pocket is priceless.

What do you, our readers, think about EVO's camera? How does it stack up against yours? The comments are always open for you.

Updated: Is HTC EVO 4G About To Be Launched With A Massive Defect In The Included 8GB MicroSD ...