Since Skype pulled their app from the Android Market, allowing access only for Verizon customers, the rest of us have been left wondering if we’ll see a Skype app re-appear on the market for all carriers.

Fortunately, Skatter Tech were wondering the exact same thing, and asked Skype for details on their future plans for Android. When asked about the availability of the app to users on all carriers, Brianna Reynaud from Skype PR answered

We will be bringing a direct to consumer app to the Android marketplace later this year. This application will be available for all consumers globally to download regardless of carriers. (i.e. similar to how we offer the iPhone app today)

This is great news in itself, but with devices on the market such as the EVO 4G, with front facing cameras, video calling could also be a possibility in the future. When asked about video call support in future versions of Skype, the response was extremely positive

Skype envisions a world where video plays a larger role in the way we communicate. The next generation innovation involving video calling will not be bound to the computer. We’re seeing a proliferation of video calling shared between all kinds of connected devices… it will eventually be coming to mobile devices too. We’re betting big on video, and we intend to set the bar on mobile video calling, and it’s something we’re going to do this year. 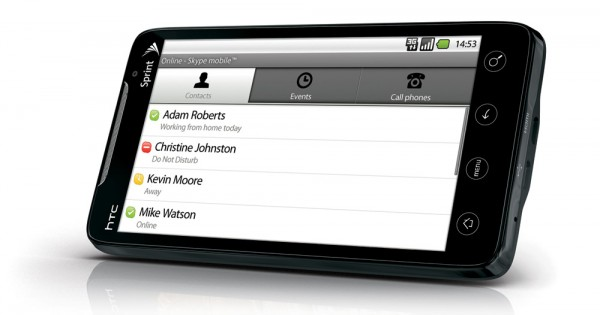 Hopefully, Skype will include a lot of features in their app, with or without video chat. I’d certainly be happy as long as I could place international VoIP calls with my Skype account, as that’s my main use of Skype, and a feature most mobile apps don’t support.