OK, so I have some good news and bad news. First, the bad news: if, like me, you were looking forward to some hot notebook/tablet hybrid action with Lenovo’s U1, well, you might as well keep watching that YouTube video, because it doesn’t look like it’s going to hit store shelves anytime soon. And by ‘anytime soon’, I mean ever. 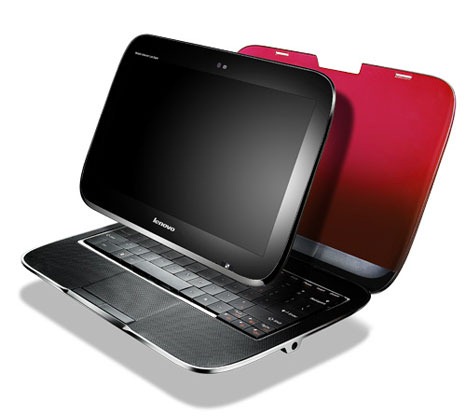 That’s right, Lenovo canned their Skylight operating system, which is what the notebook was to run when it was in tablet mode. So, because of that decision, it looks like they’ve shelved the U1 as well.

Now, onto the good news: Lenovo ditched Skylight OS because they’re now planning on using Android for their ‘mobile internet devices’ – in other words, tablets and smartphones.

According to Engadget, who spoke with Lenovo regarding the decision, the company was eager to take advantage of ‘Android’s apps and ecosystem’, and they expect to have Android devices on the market by Q4 of this year.

While it’s a shame that the U1 was put out to pasture, I’m interested to see what they can do with that design concept and the Android operating system. Take a look at Lenovo’s official statement below:

After careful consideration of market conditions and user feedback, Lenovo has decided to focus its resources on building a family of next-generation mobile internet devices based upon open technologies such as (but not limited to) the Android kernel, similar to the Lenovo smartphone, which is available for sale in China now.
As a result of Lenovo's strategic shift towards open standards such as an Android kernel based environment, the Company has shelved its plans to release the initial version of the Skylight smartbook that featured a proprietary Linux-based OS.
Lenovo remains committed to working with our strategic partners to deliver innovative products in the growing mobile internet space, including the aforementioned smartphones and smartbooks, as well as exploring innovative new concepts that continue to "push-the-envelope" like the U1 hybrid PC.