While the name leaves a little to be desired, the Acer Stream was recently approved by the FCC and will soon be on its way into the hands of consumers. 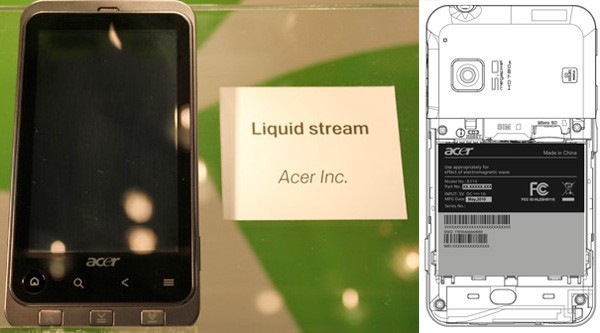 With specs that closely resemble the likes of the Nexus One and the Droid Incredible, the Acer Stream (a.k.a Liquid Stream) boasts some pretty decent hardware and even better, comes with Android 2.1, although hopefully we’ll see Android 2.2 shortly after the release.

While pricing and a specific release date has yet to be announced, some specs are known and one person already has managed to release a video with a hands-on look at Acer’s new phone.

While these aren’t revolutionary specs at this point, it’s certainly nice to see more and more Android handsets with higher end hardware. Rumor has it that this phone could see a release by October and may even land on US soil with 850/1900MHz HSPA support. The real question at this point is: does this phone stand a chance against the likes of the Samsung Galaxy S and the EVO 4G?