The main cause of the delay is the AMOLED display, which is produced by Samsung. McAdam said that Samsung have increased production of the display, and demand should be met within 30 to 60 days. 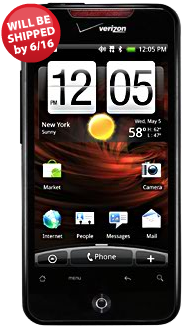 With Samsung’s AMOLED display in high demand, manufacturers may have to contend with similar supply shortages for quite some time, as more high end smartphones hit the market.

Customers purchasing the phone on Verizon’s website are told that the Incredible will be shipped by June 16th, so those of you that have already ordered the device shouldn’t have to wait too long.

UPDATED: Navigate Your Way To A Garminfone On June 9th

Rumorama: HTC To Boost AT&T’s Android Line-Up With The Aria?