Across from the Plaxo booth at Google I/O, where I was spending most of my time demoing our Gmail<->Plaxo contact sync, stood the Tweetdeck booth.

I absolutely love, love, love Tweetdeck, especially after the 0.34 update (which was announced during the I/O), so I took advantage of the opportunity to chat with the CEO and one of the engineers about Tweetdeck, some bugs I've run into, and future plans. 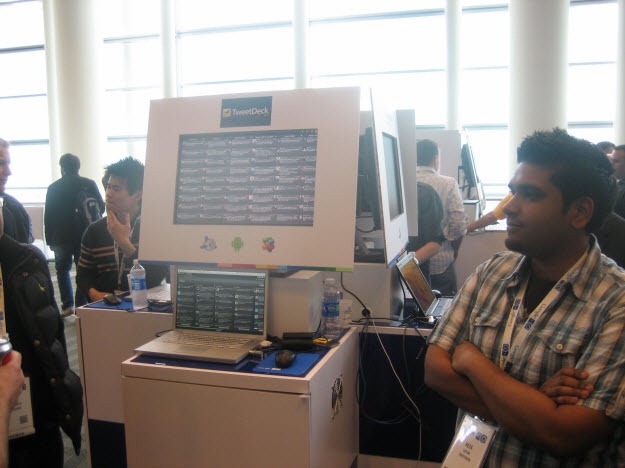 It turned out that the next project in the pipeline, kept under wraps for now, was Tweetdeck for Android. And the CEO was happy to demo it for me, albeit not on camera. The final look is likely to change, so he didn't want to have something published that won't actually make

The only shot he agreed to was the shot of the app icon on his phone: 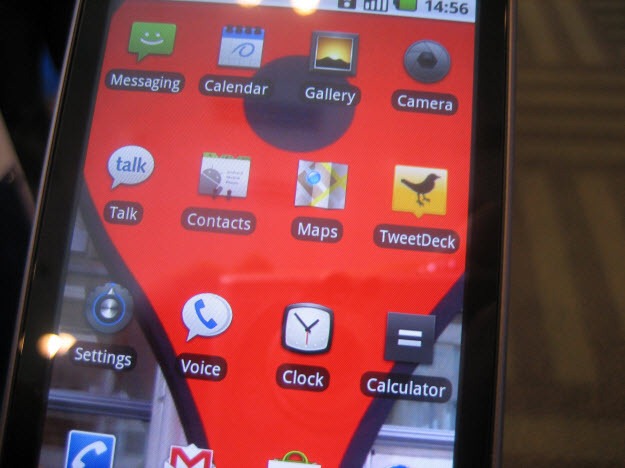 After seeing the demo, I can tell you that I was very impressed. It seemed pretty polished and functional, giving confidence to the "within a few weeks" release date given by the CEO.

To make things even more interesting, the Android client will incorporate all the same services Tweetdeck supports now - not just Twitter. The FriendStream widget can now go take a hike, as all your Twitter, Facebook, Linked In, Foursquare, MySpace, and now Google Buzz accounts will be rolled into a single awesome social app.

In the demo, I saw a familiar concept of Tweetdeck columns, allowing that same customized experience and multi-account support that can be found in Tweetdeck for Desktop. You navigate between the columns by swiping your finger.

So look for the official announcement sometime soon and get ready for what can potentially be the best social app for Android.

Where You At: Boost Mobile To Get Its First Android Handset