After I've finished unboxing the HTC EVO 4G that Google gave out at the Google I/O conference, I started playing with the phone and noting down things that are different from other phones, things that are interesting, and things that bug me.

Note that this is not meant to be a full review - the bullet points are just my first impressions after 2 hours of use. Think of this post as a mini hands-on review:

Here are a few photos of the Live wallpapers in action, followed by a video: 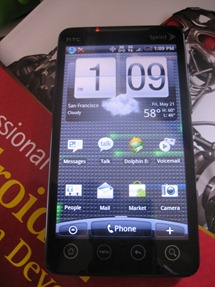 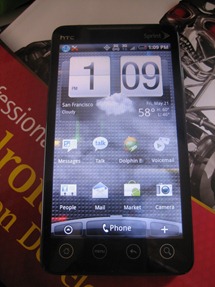 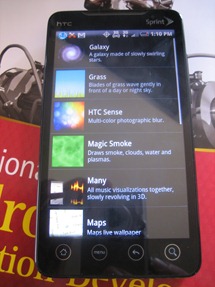 I was trying to figure if the wallpapers react to touch while you're setting them up, and they didn't. Some of them do, however, after you set them and go to the home screen (for example, the Nexus wallpaper).

For more photos of the EVO, check out the EVO 4G unboxing post.

I am off to play with the EVO some more now and do a brain dump of everything I learned at the conference in the last 2 days.

Google Plans To Bring Search To Your TV