According to Google’s very limited homepage for Google TV,

Google TV is a new experience made for television that combines the TV you know and love with the freedom and power of the Internet.

Great. But what can it do? Well, a lot. A whole lot (see Google’s teaser video here).

Making Your TV Work For You

For starters, Google TV wants to make the whole TV experience much more customized to your tastes. Using traditional TV, we have to basically move our schedules around to fit our TV’s schedule. 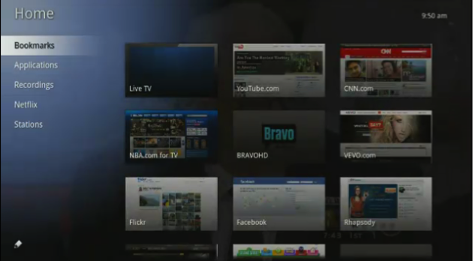 There are number of ways Google will attempt to provide this customizability. First, you can search. How difficult is it to find the correct program on your TV currently? If it’s anything like mine, it takes way too long, and even when you find the right show, you may not have the correct episode.

Bringing a keyboard into the living room will provide this ability to easily search for shows and websites right on your TV screen. The first question of many arises: will you mind using a keyboard every time you want to watch a TV show or a football game?

Another way Google plans to streamline customization is via existing software - i.e., Android. According to the keynote, Google says that all existing Android apps will be usable on Google TV at launch, with full functionality, without any tinkering (provided, of course, that they don’t require use of the camera or the accelerometer, etc.). 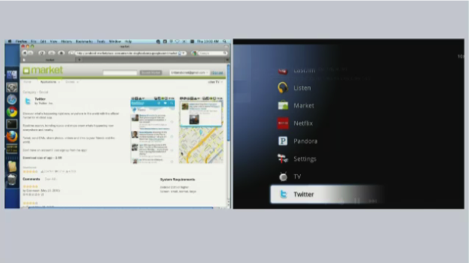 While it will be possible to run existing Android apps on Google TV, you’ll probably have a better experience running apps developed specifically with the TV in mind. So, Google is now pushing for developers to pursue developing apps specifically for the Google TV interface, and they have provided some helpful guidelines to aid developers:

A few things stand out, one of which is the helpful admonition to “make the viewing experience better.” Google TV is meant to augment our current experience, taking the elements of the web that will provide a richer environment in which to enjoy television.

Among those web elements that we are accustomed to that may help enrich our TV experience are the ability to stream music on sites like Pandora or to shop on sites like Gilt or The Gap (to use Google's own examples), for a seamless TV and web experience.

Also, how often are you watching a game and want real-time stats? Google showcased an NBA game doing exactly this during yesterday’s keynote. The game was reduced to a small PIP (picture-in-picture) image, and the stats were displayed all over the screen. This begs the question though - is this really better than viewing those same stats on your phone, while the game stays fullscreen?

What Devices WIll We Need? 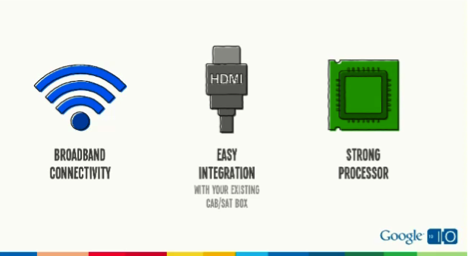 Now, while all of this is impressive, how will we be able to access Google TV? According to the keynote, firstly, and perhaps even most importantly, it will work with your existing cable and satellite boxes. This is huge. And, in terms of other devices, Google has partnered with Sony to create a full line of integrated TVs and Blu-Ray players, while Logitech will make the stand-alone set-top boxes, and Intel will providing the processors that power the devices, which should be available later this year.

Google has also hooked up with Dish Network so customers can take advantage of existing technology in order to access Google TV. And, finally, they have teamed up with Best Buy to provide a retail outlet from which to sell these devices.

More and more questions pop up like moles in an arcade game. How much will all of these devices cost (or the service itself for that matter!)? And will they be better or worse than devices like Boxee or Roku?

These services provide a similar experience, integrating TV and the web. How do we know that Google will be any better at it? Can we use Hulu on Google TV? Will Google be tracking all my activities? How much advertising will be incorporated into the web experience?

The answer, sadly, is that we do not have a definitive answer to any of these questions. The bright side, however, is Google plans to keep the platform fairly open.

For instance, Google announced that developers can create their own apps that will function as remotes for Google TV, making it possible, vis-a-vis voice recognition, for you to control your TV by simply talking to your phone. Now, that rocks.

Another bright spot is Google TV’s support for Flash. Another win for the home team.

The concept is both immediately obvious and ingenious. The question is whether Google can pull it off and whether it will, in the end, be a true game changer, in the way that the Android operating system has proven itself to be time and time again. (And in the way that Apple TV has not.)