I meant to post this in the morning but ran out of time, so this may be a little old news now. Apologies if you've already seen it.

Yesterday was day 0 of the Google I/O conference. During this day, presenting developers set up their demo stations, known here as sandboxes, register, check in, and last but not least - receive shwag, also known as "free crap".

This year, the official shwag included:

After playing around with the figurines and throwing a party for them on my laptop (good times), I turned my attention to the t-shirt.

The t-shirt had 5 QR barcodes printed on it - the ones you scan with a barcode scanner app. Having heard of the scavenger hunt (codenamed SCVNGR) that Google was purportedly arranging for the duration of the conference, I concluded that these were the first clues.

Check them out below and use your barcode scanner to figure out where they lead!

Edit: I updated the photo with the last 2 barcodes, which should now scan but the first 3 aren't working out. Here are the links: 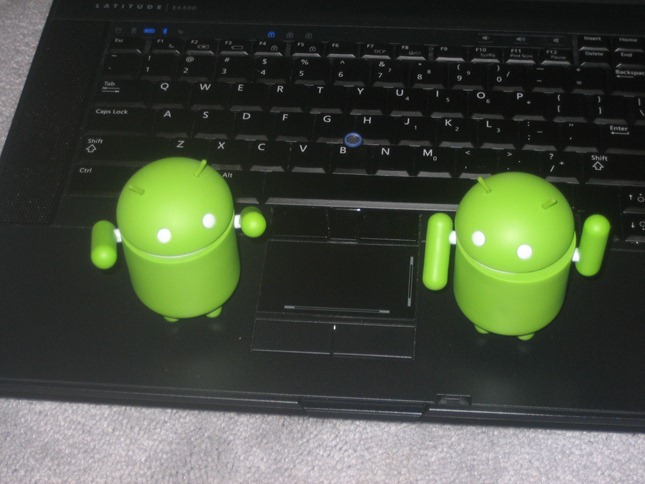 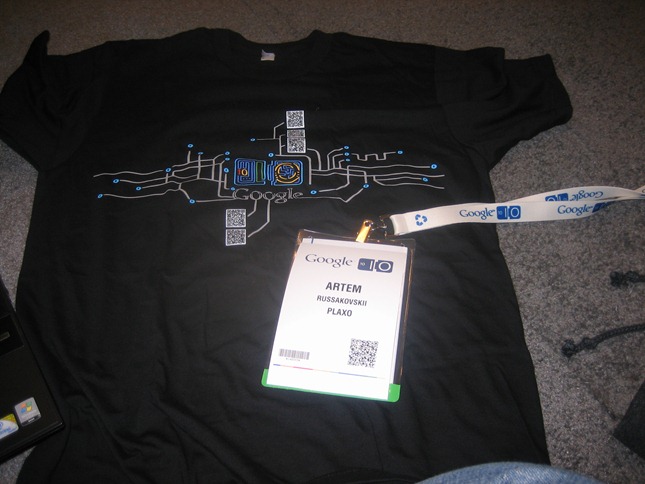 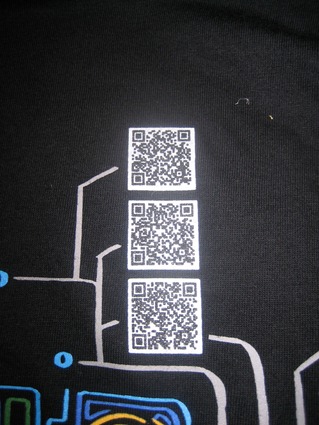 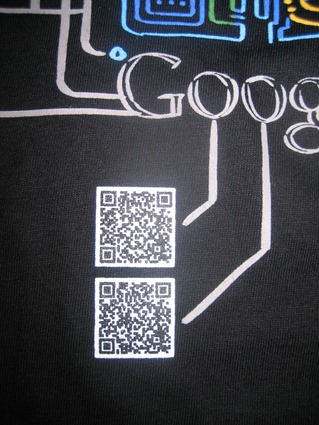 Confirmed: Official Sprint HTC Hero Android 2.1 Update Is Exactly The Same As The Leaked One ...

Android Phones From All Over The World Showcased At Google I/O [Google I/O Blitz Coverage, Day 1]