We’ve covered custom ROMs a few times before on Android Police, telling you how and why you may want to try them out on your own Android device. If you want to install a custom ROM onto your phone, but don’t know which one to go for, you may want to consider Cyanogen, which is compatible with the HTC Dream, Magic, Nexus One and Motorola Droid.

I’ve been testing the CyanogenMod for the past few weeks, and have found it to be extremely stable, whilst adding numerous features that can’t be found on the stock version of Android 2.1.

Although Cyanogen is available for several devices, this review is based on Cyanogen 5.0.6 running on the Nexus One. There may be slight differences in the build and performance of the ROM, such as the availability of Live Wallpapers, but they share a lot of similarities.

If you’ve already rooted your Nexus One, then installing the custom Cyanogen ROM could not be much simpler. Simply boot in to recovery mode by holding down the trackball whilst powering on your phone.

If your phone is rooted, you’ll see a line of text highlighted in pink at the top of screen saying “UNLOCKED”. If you don’t see this, then you need to root your phone before going any further.

Once your phone is rooted, there are a few ways you can install Cyanogen. First, you’ll need to download the latest image, which is available from the CyanogenMod forum.

The simplest way to install the image is to use an app from the Market called ROM Manager, which will allow you to back up, restore and flash new ROMs on to your phone. You can find a full tutorial on using ROM Manager here.

At first boot, Cyanogen takes a while to load, but after this I found boot times to be quicker than the stock Android 2.1 ROM!

The thing that is great about Cyanogen’s Mod is that it simply perfects a stock ROM which is already nice to use. At first glance, there aren’t a lot of changes from Google’s ROM, but small changes and tweaks have been made that provide some great improvements.

The minor aesthetic modifications are immediately recognizable. The boot animation has been modified, transforming into a cyan color. Once the phone has booted, you may also notice the slight change to the notification bar, which now curves at the top corners. When the notification bar is dragged down, it appears transparent, which is a nice touch. 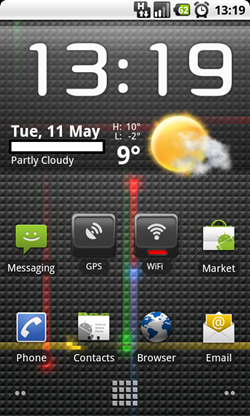 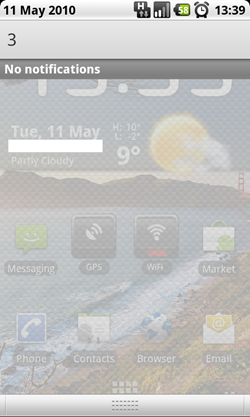 When viewing the status of your network connection, you’re given more detail in the notification bar. The stock 2.1 ROM simply uses “3G”, but with the Cyanogen Mod installed, it distinguishes between 3G and HSPA, so you always know whether you have a high-speed connection. This has proved priceless when I’ve been downloading files on-the-go, as I can see at a glance how long transfers are going to take, or how fast I can browse the web.

If you have as many applications as I do, you’ll also appreciate the option of having up to five icons in a row on the app launcher, as opposed to four. I’ve quickly gotten used to having more icons being displayed, and use five icons per row by default. Like many of the additions, you can choose whether or not to enable this in the settings. 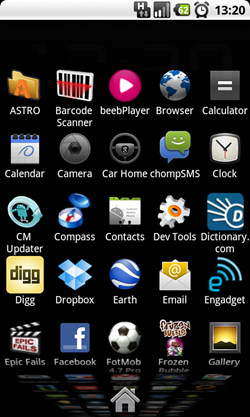 Another modification I couldn’t do without is the ability to change orientation settings. Previously, the display would only rotate when the phone was turned to the left. In Cyanogen, you can choose whether to keep this setting as default, or change it so that the phone’s display rotates at either 270 or 360 degrees. Choosing 270 degrees will allow you to rotate your phone right and left to change the orientation of the display, whereas choosing 360 degrees enables the display to appear upside down too. Alternatively, you can turn orientation switching off altogether.

A small change has also been made to the ‘Phone options’ menu, which appears when you press the power button on the top of the device. All the previous  options are still present, allowing you to toggle silent and airplane mode as well as power off the phone. In addition to this, you’ll also find a ‘Reboot phone’ option, which allows you to reboot instead of shutting down and manually turning the phone back on yourself. 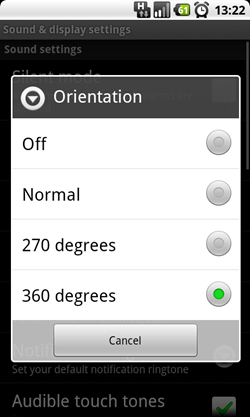 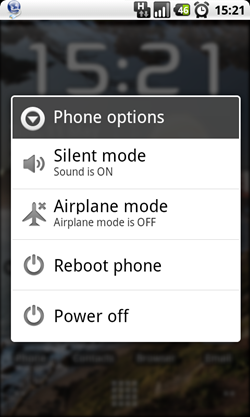 The final, and arguably most useful, addition to be found in Cyanogen’s Mod is the utilization of the multi-color LED trackball. The stock ROM uses only one color to alert users to notifications that are waiting, which means that you have to look at your phone to see what notification is waiting for you. With Cyanogen’s Mod, you can choose for different notifications to be signaled in different colors of your choice. It's always the first thing that I tell people about when encouraging them to try out Cyanogen. 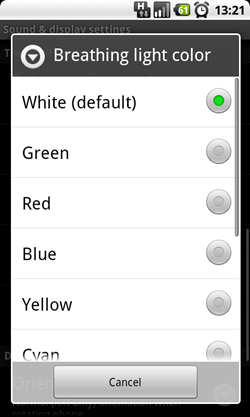 In addition to the numerous modifications that are made to the OS, you’ll also notice that you have a few extra applications available to you.

USB Tether allows you to tether your phone with your PC without any additional applications or configuration. Once you’ve activated it by going to Settings > Wireless & networks, and enabling ‘Internet Tethering’, you’re good to go. Everything worked without a problem on my Windows 7 laptop, although Windows XP needed a little more help. After installing the correct drivers for XP, everything was plain sailing. 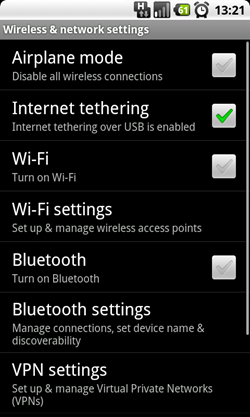 For those of you wanting to work your magic on a Linux terminal, the Terminal Emulator gives you full access to a plethora of commands. Admittedly, I’m not the most experienced user when it comes to Linux terminals, but I’m sure someone out there can do something interesting with it! 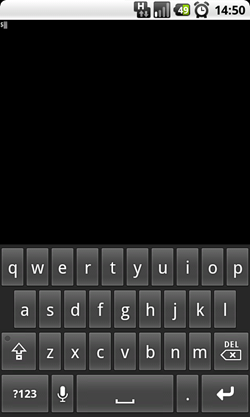 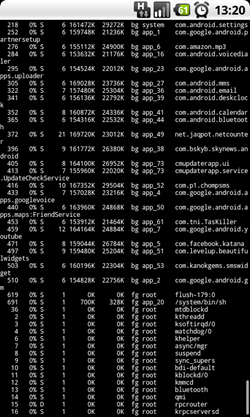 Dev Tools is a great tool for people developing apps for Android, providing a CPU usage display and showing active processes amongst other things. It was previously only available on the Android SDK, but its inclusion in Cyanogen’s Mod makes it super easy for any developer to use on their phone too. 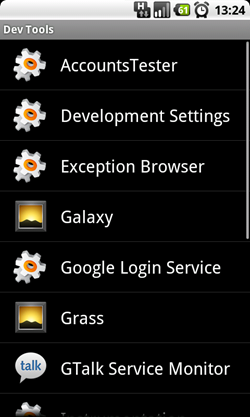 With a rooted phone, you can use apps which require elevated (superuser) permissions. CyanogenMod contains a utility called Superuser Permissions, which allows you a more fine grained control over which apps are allowed to use root and which are not. Additionally, you can keep an eye on which apps you've approved or denied in the past. 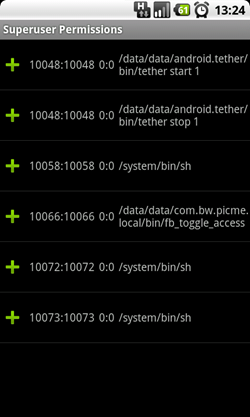 I must admit, I’ve struggled to find a great deal of drawbacks to using the CyanogenMod, with all its increases in performance and improvements to user experience.

However, if you install the CyanogenMod ROM, you may notice that a few things are missing. Due to legal reasons, all of Google’s own applications, including the Market, aren’t included. To install these, you’ll have to download and flash an additional image over CyanogenMod. Once this has been done, you’ll have a phone running a custom ROM with all of Google’s own applications too.

Of course, a drawback for some less adventurous users will be the fact that you have to root the phone first, and then install something custom over the stock OS, which may seem scary. In the end, however, it is all worth it.

Another thing worth mentioning is that you have to do a full wipe during the initial installation, so make sure to back up your data. Subsequent updates are installed without the need for wiping.

Cyanogen’s Mod is one of the best available for HTC Dream, Magic, Nexus One, and Motorola Droid users. If you haven’t used it before, I would strongly recommend that you try it out. With a regular update schedule and a great community on hand to give you advice, you have no excuse not to.