So today TechCrunch apparently tried to send their reporter to the Googleplex and unwrap the wrapped sculpture that was sitting next to all the other Android related creations, all in the shape of existing Android version codenames - Cupcake, Donut, and Eclair.

When the reporter tried to unwrap the sculpture to peak inside, some Googlers threatened to call security (deservedly so, may I add). 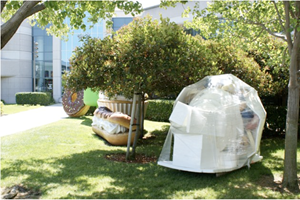 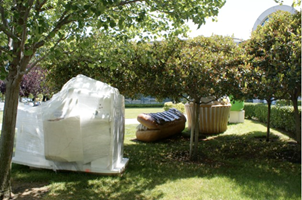 What TechCrunch didn't know, however, is that the sculpture was already leaked to Youtube a whole week ago. Here it is, in its full glory:

Update: the video has been set to private - at least the screens I saved below are still visible.

I've saved some pictures in case the video gets deleted or in case you hate Flash or Youtube for some reason: 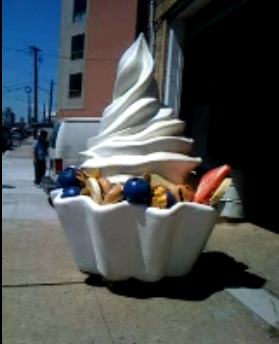 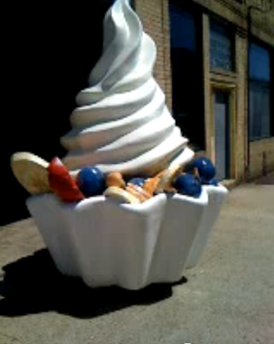 Expect the unveiling to occur on the day of the Google I/O conference, although now that it has been leaked, perhaps Google won't have to wait that long.