Tonight in New York City, Sprint unveils a whopper, and it has nothing (or very little, anyway) to do with Disney's new film Prince of Persia: The Sands of Time.

It has everything, however, to do with the newest Android bit of gold: the release date of the HTC EVO 4G, the first 4G phone on Sprint's 4G wireless network.

Until now, all we've seen is a teaser on the phone's home page indicating that it will be available summer 2010 and some unconfirmed rumors about June 6th release date and $199. But now we know for sure when this beauty will hit the streets and how much it will cost. Get ready, people. Here it is: 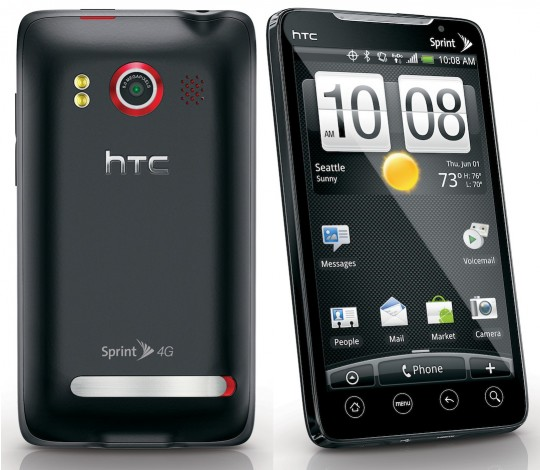 According to the official press release of the event, Sprint says:

You can read the whole press release here.

Boasting a 4.3 inch screen, not one but two cameras (one at 8.0 megapixels), a 1 GHz Snapdragon processor, an HDMI connection, and lots more, this phone is doubtless going to be a hot item. Below are the full specs:

HTC EVO 4G features the latest version of the increasingly popular Android platform, Android 2.1, offering more than 35,000 apps, as well as a mind-blowing list of features, including:

I've already circled June 4th on my calendar, and it can't come fast enough. To my Hero: we had a good time but it's time to move on.

How about you? Who is getting the EVO on launch day?

Update: just noticed the $10/mo fee for using 4G. While I will gladly pay it, does it change your opinion about getting this phone?