Remember the strangely shaped Motorola phone that we saw last month? It’s now known as the Motorola Flipout, according to the Italian site hdblog.it.

The Flipout is supposedly running Android 2.1 with Motorola’s custom MOTOBLUR interface and will be available in a choice of black, green, or pink.

The specs given by HDBlog are the same as the ones that were leaked last month, so nothing’s changed there. 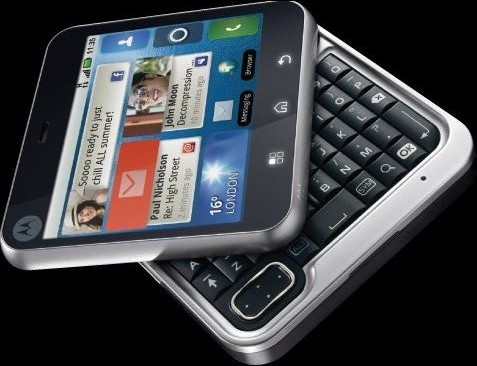 The Flipout is rumored to be headed to AT&T, although a confirmation is still needed.

With its strange form factor and mediocre specs, the Flipout isn’t anything to write home about, although it will support Flash, which is a bonus. The phone is expected in June, so we won’t have to wait long to see how it’s received upon its release.

What do you guys think? Does this design make any sense at all?

LG Ally Full Specs Leaked, Preorder On May 13th, Launch With Verizon On May 20th

EXCLUSIVE: AndroidPolice.com's Nexus One Is Running Android 2.2 Froyo. How Fast Is It Compared ...