Boy Genius Report has released details about the upcoming LG Ally, which we now heavily associate with Iron Man 2, with a leaked document providing specs and release information ahead of the launch.

Catering for the low-end market, the Ally has a 600MHz processor and 256MB of RAM, and ships with Android 2.1. LG has also added their own touch to the phone with a custom theme. Visual Voicemail and V CAST Media Manager are also available thanks to Verizon. 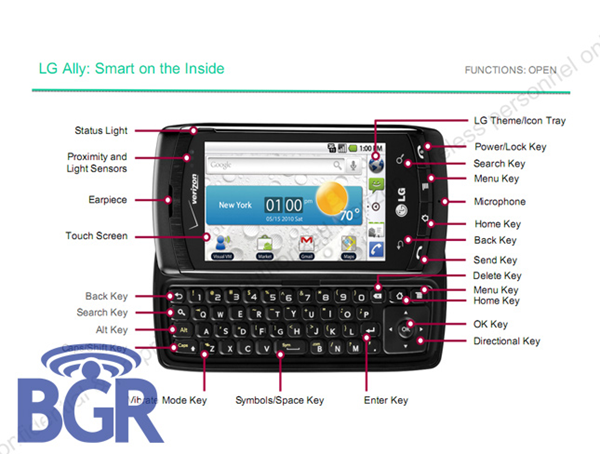 Other hardware includes a 3.2-inch screen with an 800x480 resolution, a slide-out QWERTY keyboard and a 3.2 Megapixel camera with a flash. There’s a physical camera key on the side of the device, along with the microSD card slot, Micro USB port, and volume keys.

You’ll find a 4GB microSD card pre-installed with the phone to go along with 512MB of internal storage. The Ally is also Wi-Fi capable and includes a GPS receiver, allowing for integration with Google services such as Navigation and Latitude. 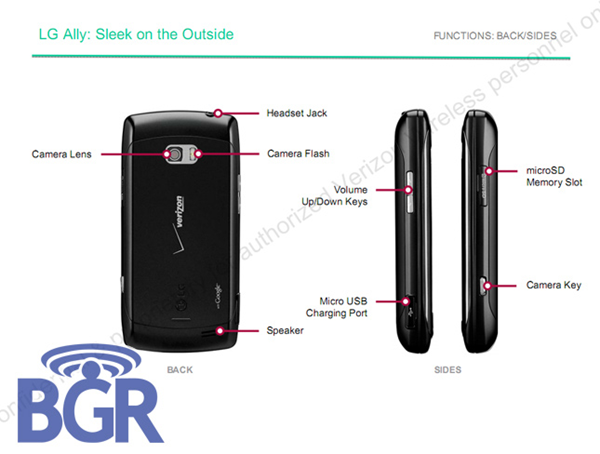 Although no pricing information has been revealed, the Ally will be available for pre-order on May 13th, and will ship on May 20th.

HTC Hero Owners - Here Are A Few Subtle But Awesome Changes Android 2.1 Brings To Your Phone