As we reported yesterday, Sprint has once again pushed back the scheduled Android 2.1 update for the HTC Hero to an unknown future date, destroying expectations of the May 7th release.

Another official confirmation of this was given today in a Sprint statement by another Sprint admin, which notified customers that the delay also affects the Samsung Moment. The official statement on the Sprint forums said

We wanted to let you know that Sprint continues to work closely with Samsung and HTC to deliver the highly anticipated Android 2.1 upgrade for Samsung Moment and HTC Hero.

We are on track for the upgrade to be available in Q2.

Sprint had hoped to have this resolved by now - we thank our customers for their patience as we work to bring them a positive experience with this upgrade. 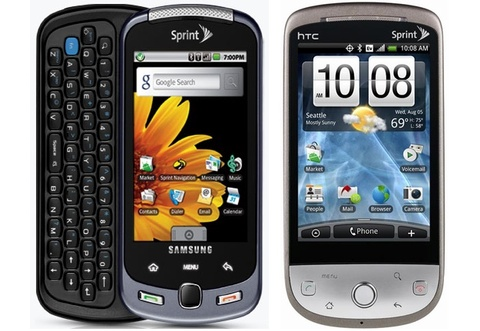 With the update still on course to arrive at some point in Q2 2010, users of the Hero and Moment should expect Android 2.1 within the next month or so, as long as the new update schedule is adhered to. The statement prompted some understandably angry responses from customers on the forum, who have seen the update pushed back again and again from original rumors of an April 9th release.

In Sprint's defense, the only promises it gave were the Q2 timeframe, and any expectations beyond that came from "leaks" and "rumors", so we recommend you stay patient or simply flash your Heroes to custom ROMs running Android 2.1.

While the delays could have been caused by technical problems, some are speculating that the decision to delay the update is a deliberate move timed with the release of the EVO 4G in June. One of our readers even projected the Hero update would be rolled out on June 17th, which he suggested would be the official EVO 4G launch date.