The Web 2.0 Expo happening in San Francisco has us quite excited, as Zedomax.com, a blog revolving around technology and gadgets, has found an Android tablet prototype smoothly running Flash and Air.

As you may remember, Adobe had a bit of a falling out with Apple last month, and vowed to instead gun for Android at full speed. With that announcement, we found out that the private Air/Flash beta has been a huge success with developers, with some porting their apps from Flash/Air to Android in a matter of hours.

According to Max, the founder of Zedomax, the tablet he saw was running Flash and Air apps, including Youtube, flawlessly:

It runs Adobe’s Flash and Air apps flawlessly.  That was the first time I saw Adobe’s Air apps running on a tablet and totally impressed by how it ran.

Check out his videos below:

Mike, the Adobe representative Max was speaking mentioned a whole slew of Android tablets coming before the end of the year, though he refused to name the companies involved (we know of quite a few already, no worries there).

Here's to all the great Flash content we'll finally be able to access on our mobile devices, hopefully starting in early 2H of 2010! 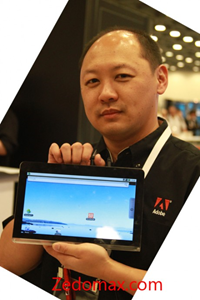 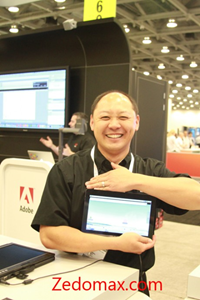 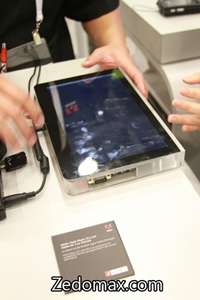 Oprah Gets Her Hands On An Extremely Sexy Looking HTC EVO 4G, We Nearly Die Of Envy