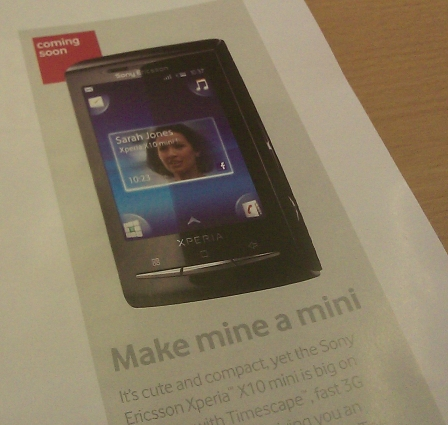 The 2.55” capacitive display has a resolution of 240 x 320, with a 600MHz processor and 128MB RAM running the device. You’ll find a microSD card for storage, which comes with a 2GB card as standard.

Even though the X10 Mini is running Android 1.6, just like its big brother - the X10, we still think it is going to appeal to a lot of Android fans. Despite being slightly underpowered compared to some other smartphones on the market, it looks like it could be a good (even cute) portable budget device. Android 2.1, of course, would have been a nice touch but we fully expect it to be upgraded later this year.

The exact release date for this phone is currently not known, but it’s likely not too far away.

You can head over to GSMArena for a detailed 6-page review of this little devil.